Liverpool striker Daniel Sturridge is likely to miss next weekends crucial Merseyside derby against Everton despite returning to light training this week. 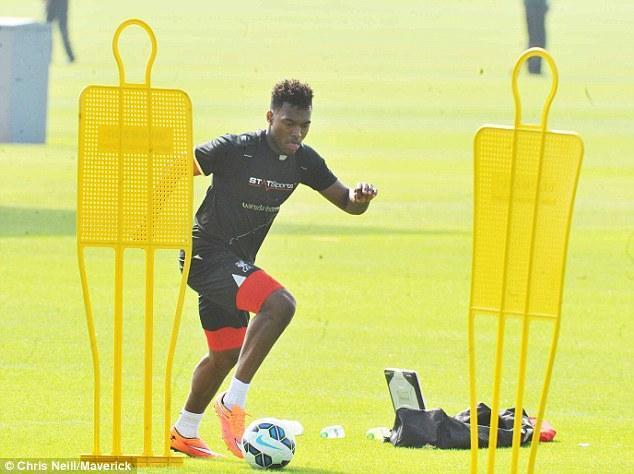 Liverpool striker Daniel Sturridge is likely to miss next weekends crucial Merseyside derby against Everton despite returning to light training this week, according to the Mirror.

Sturridge has been on the sidelines since picking up a thigh injury during training while away with the England national team earlier this month, much to the disappointment of boss Brendan Rodgers as he felt the injury could have been avoid had England followed the Reds individual training program for the player.

The 25-year-old was initially ruled out for at least three weeks which would have practically ruled him out of the Mersey derby next weekend, but hopes were raised that he could make a swift recovery after he returned to light training this week.

However, speaking at his press conference ahead of this weekends trip to Upton Park to face West Ham, Rodgers played down suggestions that Sturridge will be back for the clash at Anfield next Sunday.

While the Northern Irishman did admit Sturridge had a ‘chance’ of featuring in the game if he responds well when he returns to full training next week, the Reds boss confirmed that he won’t be taking any unnecessary risks and rushing his star striker back too soon.

“He does have a chance for the derby, yes. It’s just how the injury has responded and he’s working well but we’ll know more early next week. He’s out on the field and he’ll be back in full training at the beginning of next week.” Rodgers is quoted as saying in the Mirror.

While Rodgers has left the door open to a potential return, the Mirror claim that these comments mean it’s highly unlikely Sturridge will play any part against Everton next week.

It would be a big blow for Liverpool to lose the striker as he has an excellent record against the Toffees, but we’ll have to wait and see how he responds when he returns to full training next week.  Mario Balotelli is expected to continue to deputise up front against West Ham tomorrow and will likely do so again against Everton if Sturridge is once again ruled out.