Liverpool take on Ludogorets in the Champions League this evening. Here is a match preview with team news, line-ups, predicted score and betting tips.

Liverpool will be looking to beat Ludogorets this evening to keep alive their hopes of qualifying for the knockout stages of the Champions League.

The Reds head into the game sitting level on points with tonight’s opposition in third place in group B and with FC Basel boasting a three-point advantage, Liverpool need a win tonight to close the gap and ensure qualification is in their own hands.

Basel are unlikely to beat reigning European champions Real Madrid in the groups other fixture, so a positive result in Sofia would leave the Merseysiders knowing victory over the Swiss side at Anfield in two weeks time would secure safe passage to the next phase.

However, Brendan Rodgers side are in terrible form having lost four games on the spin which includes a disappointing 3-1 defeat away at Crystal Palace on Sunday. That loss leaves them sitting way down in 12th place in the Premier League table, so Rodgers will be desperate to get their season back on track tonight.

That won’t be an easy task though as Ludogorets have proven to be something of a surprise package in the Champions League this season and Liverpool needed a last gasp penalty to win 2-1 at Anfield back in September.

Liverpool will once again be without key striker Daniel Sturridge as he continues to nurse a thigh injury and with Mario Balotelli also not making the trip due to a groin problem, Rickie Lambert is expected to retain his place up front having scored against Palace on Sunday.

Midfielder Jordan Henderson is facing a late fitness test after missing the weekends action through illness but Mamadou Sakho and Suso aren’t expected to feature despite returning to training and travelling to Bulgaria.

Reports suggest that Rodgers is ready to hand Kolo Toure another start at the back in place of Dejan Lovren, while Steven Gerrard is also expected to be pushed further forward with Lucas Leiva coming in to the midfield. 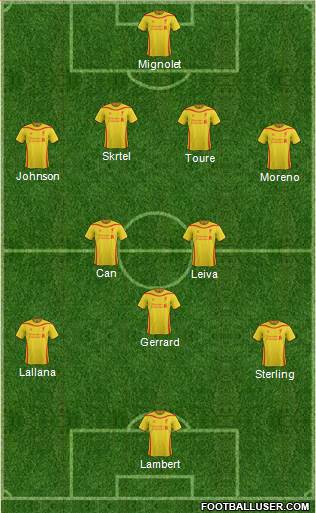 Ludogorets 1-2 Liverpool: The Reds have endured a disastrous November and look low on confidence, but perhaps this is the type of game that will bring out a big performance from the likes of Steven Gerrard and co. Therefore, I’m backing Liverpool to edge this one and give their qualification hopes a major boost.

Liverpool are the favourites for tonight’s game at odds of 21/20 and a 2-1 away win is on offer at a very tempting 9/1. For even greater odds, backing Raheem Sterling to open the scoring in a 2-1 win is a huge 109/1. That’s got to be worth a couple of quid!