Arsenal are facing a crisis at left-back with both Nacho Monreal and Kieran Gibbs major injury doubts for Wednesday’s crucial clash with Southampton. 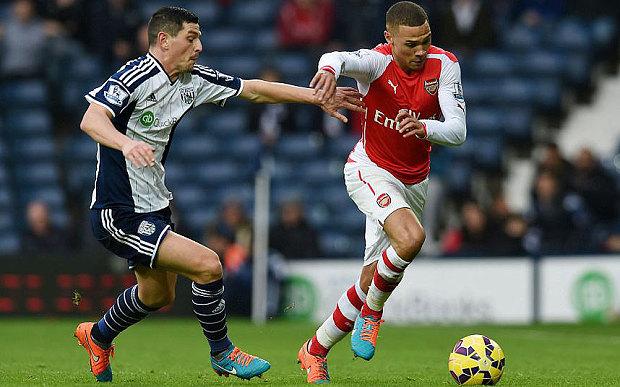 Arsenal are facing a crisis at left-back with both Nacho Monreal and Kieran Gibbs major injury doubts for Wednesday’s crucial clash with Southampton, according to the Mirror.

With Laurent Koscielny restored in the middle of defence, Monreal started at left-back during Saturday’s 1-0 win at West Brom but was forced off after jarring his knee early on in the first half.

The Spaniard was replaced by regular first choice left-back Gibbs but the England international also picked up an injury after suffering a hip complaint mid-way through the second half. With no recognised defenders on the bench, Gibbs was forced to carry on but was uncomfortable for the rest of the game.

Arsene Wenger said after the game on Saturday that he didn’t know how bad either injury was but the Mirror are reporting today that both defenders are major doubts to face Southampton at the Emirates on Wednesday night.

Monreal and Gibbs are due to be further assessed by Arsenal’s medical staff at London Colney today but as it stands they are unlikely to play any part against the Saints which would leave Wenger with a huge selection problem at left-back.

Mathieu Flamini would usually slot in and cover in defence but with Mikel Arteta and Jack Wilshere both out injured, the Frenchman is needed in midfield, so young right-back Hector Bellerin may be forced to play out-of-position at left-back.

This is hardly the ideal situation as we welcome high-flying Southampton to the Emirates on Wednesday with the South Coast club currently sitting six points clear of us in the Premier League table.

However, there is some positive news on the injury front as the Mirror suggest that Alex Oxlade-Chamberlain will be passed fit despite picking up an ankle injury during the closing stages at the Hawthorns on Saturday, while Yaya Sanogo is also expected to return after missing out at the weekend with a hamstring problem he suffered against Borussia Dortmund.