Arsenal put in an impressive display to beat Newcastle 4-1 at the Emirates on Saturday evening. Here, Gunner333 analyses the performance from back to front….

Arsenal put in an impressive display to beat Newcastle 4-1 at the Emirates on Saturday evening. Here, Gunner333 analyses the performance from back to front…. 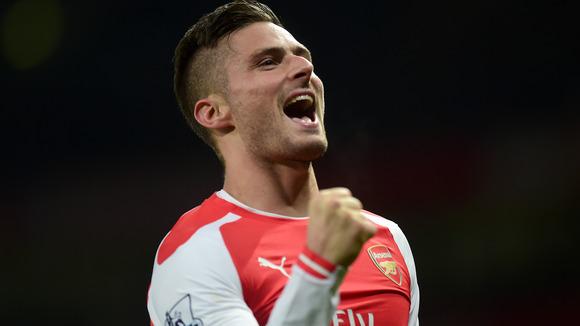 Despite Arsenal’s mid-week win over Galatasaray, the pressure was still on Arsene Wenger’s shoulders following our disappointing loss to Stoke last weekend.

Injuries once again hindered team selection, as Bellerin started at right-back, with Debuchy filling the void through the centre, whilst Szczesny returned from the sidelines to start in goal.

The hosts began on the front-foot and we got on the score-sheet first, courtesy of an elegant Giroud header. Sanchez was clinical in finding the Frenchman from the right-hand side, who converted his fourth of the season.

Wenger would have addressed his team’s concern of not burying chances at the interval, the message clearly getting through to Cazorla who added another less than ten minutes into the second half. The Spaniard collecting the ball in the box and gracefully converting an inch-perfect finish from an acute angle.

Accolades for the most aesthetic finish of the night would be shared, with Giroud slotting home a sweet second goal for himself, toe-poking a low cross home in snapshot fashion.

Chances were few and far between for Pardew’s men, but they got one back when Ayoze Perez headed home following a Colback cross. However, hopes of another famous Toon come-back were put to the sword by a late spot-kick scored by birthday boy Cazorla.

Full time and a recently resurgent Newcastle side saw their heroics of late undone by a very impressive Arsenal display, whose performance I shall now analyse.

Plagued by injuries, the defence performed surprisingly well, with the team’s mentality focused on building from a strong, physical presence at the back. Hector Bellerin was especially positive and won challenge-after-challenge and supplied the cross for Giroud’s second goal.

Aside from the soft goal conceded at a set-piece, the back-line were far better organised. Mertesacker this time actually presented himself as a Premier League professional, tracking the movement of Newcastle’s forwards much better and looking more comfortable at the back.

All of the defence aimed to contribute in an attacking sense too, the full-backs joining forward movements and pressurising Newcastle when possession was lost. Debuchy could teach Monreal a thing or two about holding one’s own in the heart of defence, the Frenchman a solid component against his former club.

Any worries about an absence of goals arising from midfield with Aaron Ramsey joining the ever-growing list of casualties were hushed by dynamic Spaniard Santi Cazorla, who scored a brace on his 30th birthday. The first demonstrating a clinical eye for goal matched with great spontaneity, whilst his ‘Panenka’ penalty highlighted similar audacity.

As for the others in the midfield crop, Oxlade-Chamberlain was once again productive and always keen to run at the visitors, while Flamini remained relatively untested in the midfield core, but the Frenchman distributed play well on occasion.

Aside from the odd Arsenal wobble, it was the home side who dominated possession and controlled the game from the first minute. There was a noticeable determination not to surrender early and the midfield especially showed that by ruffling the Magpies’ feathers in the first few moments.

Even those who did not make it on to the score-sheet looked very lively in this performance, Welbeck for one put on one of his best Arsenal performances to-date, threatening the goalmouth directly, despite playing a wider role. His goal was wrongfully disallowed and should have been the icing on the cake in this workman-like effort.

Sanchez may not have got himself on the score-sheet but he chipped in with two assists. Generally, the Chilean shrugged off challenges and put in his usual hard-working performance.

Ultimately though it was Olivier Giroud who stole the show, with two goals himself, whilst he also did his bit in our own half. A must-play every week surely with the Frenchman far stronger in the air than anything else our attacking armoury has at its disposal, while his finishing was excellent in this game.

The team’s fluctuating form makes Wenger a difficult man to assess right now; is he getting it right one week and wrong the next? Maybe, but it seems more a case of the same old problems hiding themselves in the Arsenal DNA which are papered-over on occasion and seem far too visible the following game.

The injury list groans on and youngsters are beginning to fill empty seats on the bench, so maybe incentive to buy in January will emerge with Wenger. The lack of bodies in midfield meant the Frenchman had to go with Flamini solely anchoring down the midfield by himself again and he did an adequate job, but seems to require a partner in that area, while a centre-back is certainly needed.