Striker Edinson Cavani wants to join Arsenal when he leaves Paris Saint-Germain despite interest from the likes of Manchester United, according to reports.

With the January transfer in full swing, managers are strengthening their squads ahead of the second half of the season, so we’ll bring you all the latest news and gossip. Today, Edinson Cavani is keen on a move to Arsenal….. 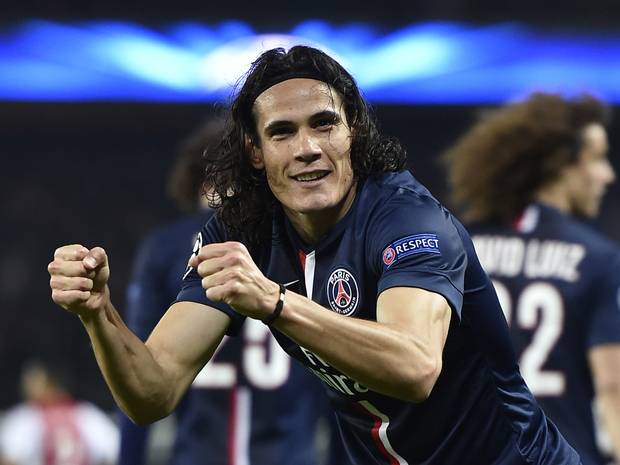 Uruguayan striker Edinson Cavani wants to join Arsenal when he leaves Paris Saint-Germain despite interest from the likes of Manchester United, according to reports.

Cavani’s future at PSG has come under increasing doubt in recent weeks after he was disciplined for arriving back late from the winter break which meant he missed the clubs mid-season training camp in Morocco.

The Uruguayan international was subsequently left out of their next two games by boss Laurent Blanc, with the Frenchman claiming Cavani had shown a “total lack of respect towards the club”.

The uncertainty has led to speculation linking Arsenal and Manchester United with a move for the 27-year-old but it appears the Gunners have now been handed a major boost as the Express claim that Cavani has ‘chosen’ Arsenal as his next destination when he eventually leaves PSG.

Any potential exit is highly unlikely to happen this month but a move in the summer does look increasingly possible and Cavani would be a sensational coup for the Gunners if they could pull it off.

However, the Uruguayan international won’t come cheap as it’s understood PSG would demand around €80m (£60m) for his signature – which could prove to be a stumbling block over a potential switch to the Emirates.

While Arsene Wenger has been able to loosen the purse string in recent transfer windows, I’m not convinced the Frenchman has the kind of funds available that would allow him to splash €80m on a player who’ll be 28 in a few weeks time.

United are in a far stronger position to spend that sort of money but I’d only expect Louis van Gaal to bring in another expensive striker if he doesn’t want to make Radamel Falcao’s loan move permanent – which does look likely given the Colombian’s struggles so far at Old Trafford.

It’s certainly going to be interesting to see what happens with Cavani in the summer but I’d love to see him come to the Premier League as he has all the attributes to be a real hit in English football.