Arsenal will be looking to continue their recent good form when they take on Aston Villa at the Emirates on Sunday afternoon.

We’ve found a bit of form recently and followed up our impressive 2-0 win over Manchester City with at the Etihad a 3-2 win over Brighton in the FA Cup last weekend.

That made it six wins in seven games in all competitions so hopefully we can secure another three points tomorrow afternoon to keep pace with the top four after both Man Utd and Tottenham won earlier today.

Villa arrive in the capital in poor form with Paul Lambert’s men sitting   in the Premier League table and they’ve scored just 11 goals in 22 games this season.

However, they went away with all three points in this fixture last season with a 3-1 win on the opening day so we know they can be a dangerous side.

Arsene Wenger is unlikely to risk Alexis Sanchez with the Chilean suffering from a minor hamstring injury.

New signing Gabriel Paulista is available but is likely to start on the bench with Laurent Koscielny starting alongside Per Mertesacker at the back.

Alex Oxlade-Chamberlain remains out with a groin injury while Danny Welbeck is also just short of fitness after a month out with a thigh problem.

Jack Wilshere is close to returning to training but will sit this one out along with Mikel Arteta and Mathieu Debuchy.

Villa could hand a debut to loan signing Scott Sinclair after his move from Man City while Carlos Gil is also set to make his league debut.

Gabriel Agbonlahor is fit after a minor hamstring problem but Joe Cole, Philippe Senderos and Ron Vlaar all remain out. 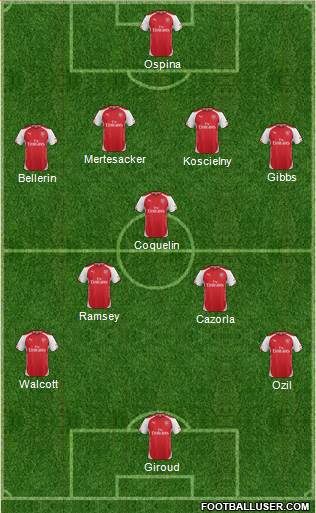 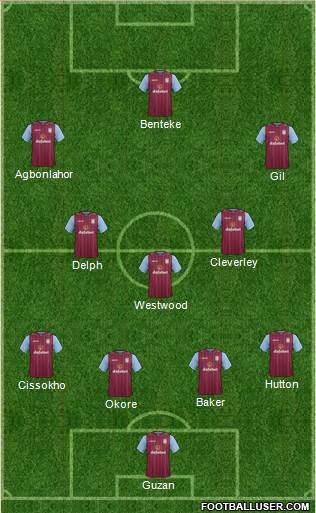 Arsenal 2-0 Aston Villa: Arsenal are starting to find their feet and we’ve now got some good attacking options again, so I can see us easing to a routine 2-0 win tomorrow against a Villa side that struggle to score goals.

Arsenal are the favourites to win this game but thanks to Football-Talk you can get enhanced odds of 3/1 on an away victory with Betfair while you can also win £100 worth of free bets. A 2-0 win is on offer at 5/1 while I also like the look of Theo Walcott to open the scoring at 9/2. If we combine those two bets in a scorecast then we get very tempting odds of 16/1. Surely that’s got to be worth a couple of quid!?