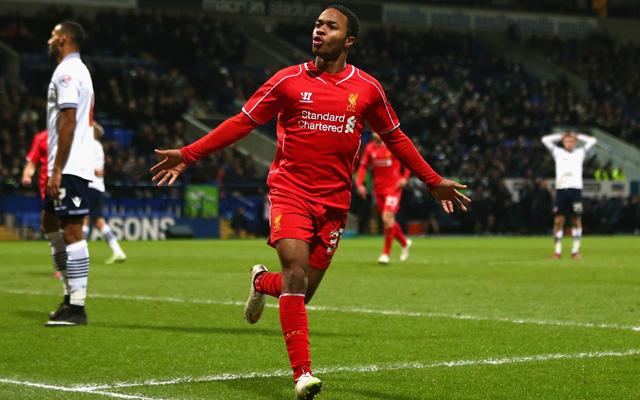 Liverpool have been dealt a major injury blow ahead of their FA Cup clash against Crystal Palace with Raheem Sterling ruled out of the trip to Selhurst Park, according to the Liverpool Echo.

Sterling came into the game as a doubt after missing the Reds thrilling 3-2 victory over Tottenham Hotspur at Anfield on Tuesday night with a foot injury.

The 20-year-old picked up the problem during Liverpool’s 0-0 draw at Everton last weekend and there were hopes he could be passed fit to take on Palace this evening.

However, the Liverpool Echo claim that Sterling has failed to recover in time and hasn’t made the trip to the capital for their fifth round of the FA Cup clash.

The injury isn’t thought to be serious though and he could return to take on Besiktas in the first leg of their Europa League tie on Tuesday, but Brendan Rodgers has decided not to take any risks with the England international for tonight’s game.

With Jordan Ibe cup-tied having already played in the FA Cup while on loan at Derby, it leaves Rodgers with a hole to fill in his attack and it could see Adam Lallana return to the starting line-up after coming off the bench to set up Mario Balotelli’s winner in midweek.