Chelsea and Manchester United have stepped up their interest in Mauro Icardi after sending scouts to watch the €33m-rated Inter Milan striker in action.

The January transfer window is now closed but that won’t stop the newspapers from speculating ahead of the summer so we’ll bring you all the news and gossip. Today, Chelsea and Man Utd are linked with Mauro Icardi…. 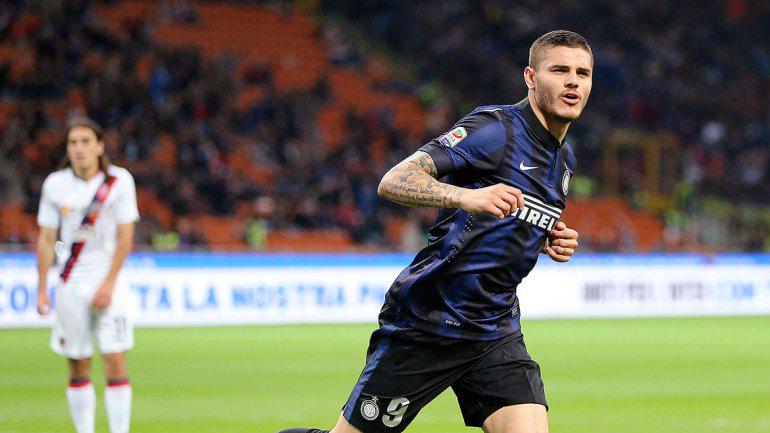 Chelsea and Manchester United have stepped up their interest in Mauro Icardi after sending scouts to watch the €33m-rated Inter Milan striker in action, according to reports.

Icardi has become one of the most sought after strikers in Europe after enjoying an excellent season with Inter that’s seen him score 20 goals in 33 appearances in all competitions so far.

His impressive form has led to interest from the Premier League with reports suggesting that Chelsea and Man Utd have been keeping track of the 22-year-old in recent months.

It seems they’ve now stepped-up their interest as the Metro claim that representatives from both clubs were in the stands to watch Icardi in action during Inter’s 1-0 defeat to Sampdoria on Sunday afternoon.

The Serie A giants are desperate to tie the Argentinean international down to a new deal but it’s understood that talks have stalled due to the players demands over his image rights and he could now be looking for a move this summer.

That Metro suggest that if Icardi does leave the San Siro at the end of the season then he would cost around €33m while the buying club would also need to meet his £90,000-a-week wage demands.

That kind of money shouldn’t be a problem for the likes of Chelsea or United, so it’s certainly going to be interesting to see how this all develops over the coming weeks.

Jose Mourinho is going to need to bring in a replacement for Didier Drogba this summer while Louis van Gaal may also be on the look-out for a striker if he turns down the chance to make Radamel Falcao’s loan move permanent, and Icardi appears to be on the radar of both managers.