Brendan Rodgers has given a team news and injury update ahead of Liverpool’s visit to West Bromwich Albion this weekend. See what he had to say here. 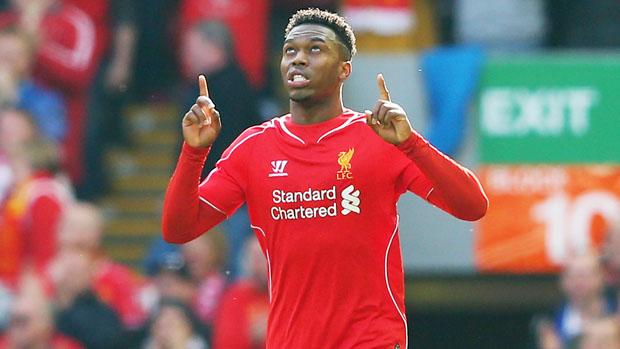 Liverpool will look to keep their top four hopes alive when they take on West Bromwich Albion on Saturday afternoon.

Ahead of the game, Brendan Rodgers has been speaking to the media at his pre-match press conference this afternoon and he’s given Liverpoolfc.com a team news and injury update.

Unfortunately, the Reds boss confirmed a triple injury blow as Daniel Sturridge, Mamadou Sakho and Lucas Leiva are all set to miss the trip to the Hawthorns.

Sturridge hasn’t featured since aggravating a hip injury during Liverpool’s FA Cup quarter-final replay victory against Blackburn on April 8th and it seems the striker is still no closer to making his comeback.

Sakho also picked up an injury during that game at Ewood Park with the defender forced off early with a hamstring problem and the French international has also been ruled out of this weekend’s action.

Midfielder Leiva was unable to take part in last weekend’s disappointing FA Cup semi-final defeat to Aston Villa after suffering a knock in training last week and the Brazilian is also expected to miss out against WBA on Saturday.

However, there was some positive news to come out of Rodgers’ update as he confirmed that Adam Lallana returned to full training this week after recovering from a groin injury.

The Reds boss says the attacker will be assessed before the game but Lallana told the clubs website that he’s 100% fit, so he should be back in contention this weekend.

Jon Flanagan is also back in full training after missing the entire season with a knee injury but the defender is still well short of match fitness, so won’t be available just yet.

“Lallana has come back into training in the last few days. We’ll see how he is for the weekend, but none of the others will be fit, I would have thought.

“Jon Flanagan is now training with the team. Obviously he’s a way off fitness, but we just need to monitor his rehabilitation and we’ll see how he is for the coming games.”

When asked how long he thinks Sturridge will be out for, Rodgers replied:

“We’re unsure at this moment. He’s certainly not available for the weekend.”

With Sturridge still out, Raheem Sterling could continue to lead the line up front or Rodgers may decide to hand Mario Balotelli a rare start after he made an impact off the bench against Villa last week.

Liverpool go into the weekend action sitting seven points off fourth-placed Manchester City with a game in hand so they desperately need a win on Saturday to maintain their hopes of qualifying for the Champions League next season.