Liverpool midfielder Alberto Aquilani claims he is fully fit and ready to face Arsenal on Sunday at Anfield. 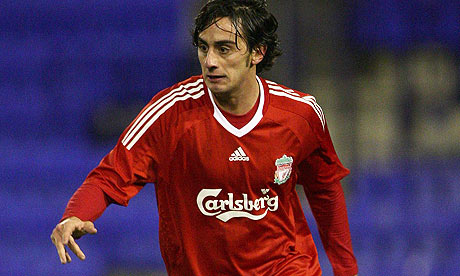 Aquilani made his long awaited first team debut for Liverpool in Wednesday’s home defeat to Fiorentina following his £20 million m move from Roma, after his Anfield career was delayed due to an ankle injury which required surgery. But the 25 year-old now feels his injury concerns are behind him and is ready to fight for his place in Rafa Benitez’s first eleven and hopes to regain his place for the visit of Arsenal on Sunday.

Speaking to the Liverpool Daily Post, he says “My ankle is better, fully healed and there weren’t any problems after basically a year without playing it’s great to have played so many minutes, because it means I can have more faith that I’m fully fit again. There’s no fear at all that it might flare up again, I know it’s better, so I’m not worried at all about that. I just feel really happy to have played again. It’s really important for me to have played, because the more I play, the better I’ll get and the fitter I’ll be. I need to play, play, play because I’m in a new team, and I need games now. My ankle is fine now, I feel good, and now I need to work hard in training for my body. I really hope I can play against Arsenal.”

Liverpool fans will be hoping that Aquilani can provide their team with some much needed creativity and help get Liverpool’s season back on track as soon as possible.