Arsenal cruised to a comfortable 4-0 victory over Aston Villa at Wembley this evening with Walcott, Sanchez, Mertesacker and Giroud all scoring. 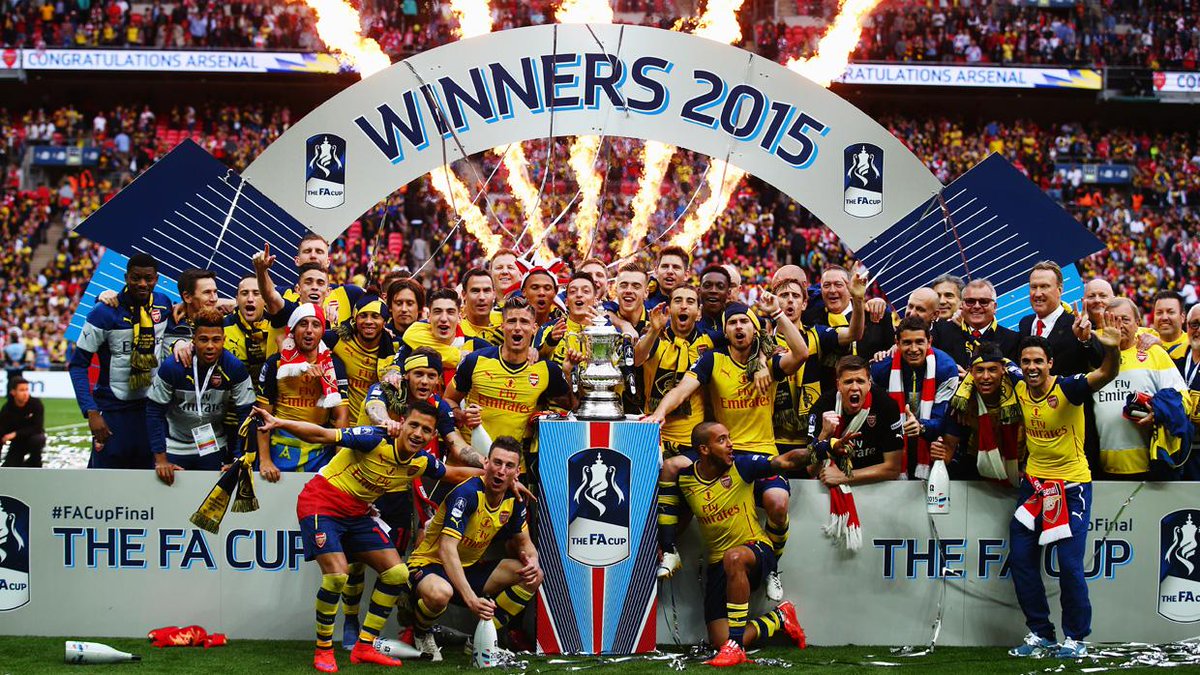 Arsenal cruised to a comfortable 4-0 victory over Aston Villa at Wembley this evening with Theo Walcott, Alexis Sanchez, Per Mertesacker and Olivier Giroud all getting on the score-sheet.

Szczesny  6/10 | Confident collecting crosses but nothing to do in terms of shot-stopping.

Bellerin  7/10 | Always eager to get involved in the attacks as he was rarely tested at the back.

Koscielny  7/10 | Comfortable afternoons work for the Frenchman. Given no problems by Benteke.

Mertesacker  7/10 | Scored another goal at Wembley and kept things calm at the back.

Monreal  6.5/10 | Another solid display from the reliable Spaniard.

Coquelin  7/10 | Ended a superb campaign with an impressive shift in midfield. What a breakthrough season he’s had.

Cazorla  7.5/10 | Always available to start the attacks and rarely gave the ball away.

Ramsey  7/10 | Not in his favoured position but still able to have a positive influence.

Ozil  9/10 | Outstanding performance form the German. Ran the show and was the oil in the Arsenal machine.

Alexis  8/10 | Scored a sensational goal and his form at Wembley continues – 5 goals in 4 appearances for the Chilean now. Great end to a great debut season.

Walcott  8/10 | Rewarded Wenger for his faith in starting him by scoring a superb opening goal. Was a real threat and could have scored a hat-trick.

Giroud 7/10 | Capped off a great day for Arsenal with a late fourth.

Wilshere 6/10 | Great to see him make an appearance at Wembley.