Ashley Young has taken to Twitter to express his delight at signing a new three-year contract extension with Manchester United. See what he had to say here

With the summer transfer window in full swing, managers are working hard trying to strengthen their squads ahead of the new season so we’ll bring you all the news and gossip. Today, Ashley Young commits his future to Manchester United… 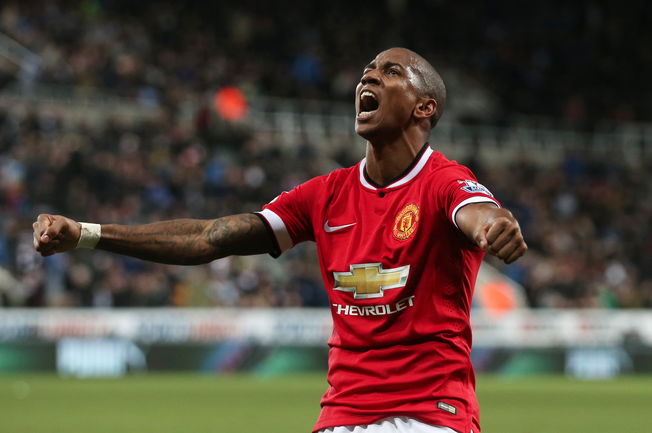 Ashley Young has taken to Twitter to express his delight at signing a new three-year contract extension with Manchester United.

The 30-year-old’s previous deal was due to expire in the summer of 2016 but he has now committed his long-term future to Old Trafford.

United announced the news on ManUtd.com on Friday morning with Young penning a new three-year deal tying him to the club until 2018, with the option to extend by a further year.

After signing his contract, Young told the clubs website that he is delighted he’ll be continuing to play football for the biggest club in the world:

“I am delighted to have signed a new contract. The spirit and motivation amongst this team is very high and we are all determined to make this a season to remember.

“All I have ever wanted to do is play football and to be able to continue to do that at the biggest club in the world means everything to me and my family.”

Manager Louis van Gaal also seemed pleased the versatile player has signed a new deal, with the Dutchman calling Young ‘very professional’ and a ‘great presence in the dressing room’. He told ManUtd.com:

“We are delighted that Ashley has signed a new contract. Ashley is a very multi-functional player. He took to the wing-back position with great confidence and flourished on the wing throughout last season. Ashley is always very professional and has a great presence in the dressing room.”

Young joined United in 2011 and has gone on to make 115 appearances in all competitions and has managed to score 13 goals during that time to help the club lift the Premier League title in 2013.

12 months ago his career at Old Trafford looked to be over as he had fallen out-of-favour but his hard working attitude saw him now only win over a lot of fans, but he also played his way into van Gaal’s team and is now considered a regular.

The former England international has now taken to Twitter to express his delight at signing his new deal, with the attacker thanking the fans for their amazing support.

Delighted to extend my stay with this amazing club. Thanks to the staff, players and also, you, the fans, for your incredible support #mufc