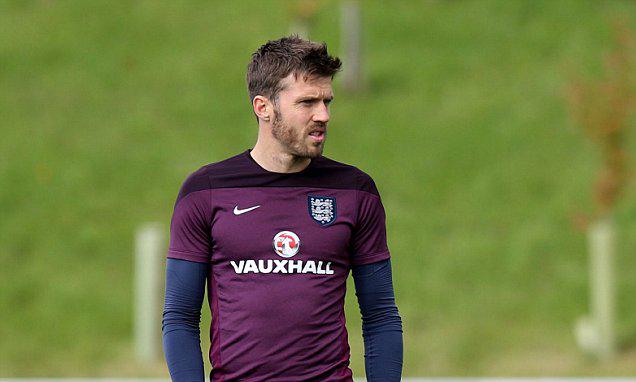 Manchester United have been dealt a major injury blow ahead of their crunch clash with Liverpool after Michael Carrick was withdrawn from the England squad, according to Sky Sports News.

Carrick was due to start for England in their 2016 European Championship qualifier against Switzerland at Wembley on Tuesday night after being rested against San Marino at the weekend.

However, the 34-year-old Man Utd midfielder has now been forced to withdraw from the Three Lions squad after picking up a knock in training.

The exact details of the injury haven’t been revealed but boss Roy Hodgson should shed some light on the matter at his pre-match press conference later this afternoon.

The news will come as a great concern to Louis van Gaal as Carrick must now be a major doubt for United’s clash with Liverpool this weekend.

The Red Devils welcome their North West rivals to Old Trafford on Saturday evening and Carrick had expected to once again play a key role having started in all four of United’s Premier League fixtures so far this season.

We’ll have to wait and see what the full extent of the injury is before we rule him out entirely but if Carrick isn’t deemed fit enough to play for his country on Tuesday, you’d expect he may struggle to be fit in time for the weekend.

If he does miss out, then German international Bastian Schweinsteiger is likely to start alongside fellow summer signing Morgan Schneiderlin in the heart of United’s midfield against Liverpool.

In Carrick’s absence, Jonjo Shelvey is expected to keep his place in midfield for England tomorrow night after impressing during a 6-0 win over San Marino on Saturday.