With the winter transfer window closed, manager’s are now looking ahead towards the summer and planning deals for next season. Today, Arsenal are linked with Michael Carrick…. 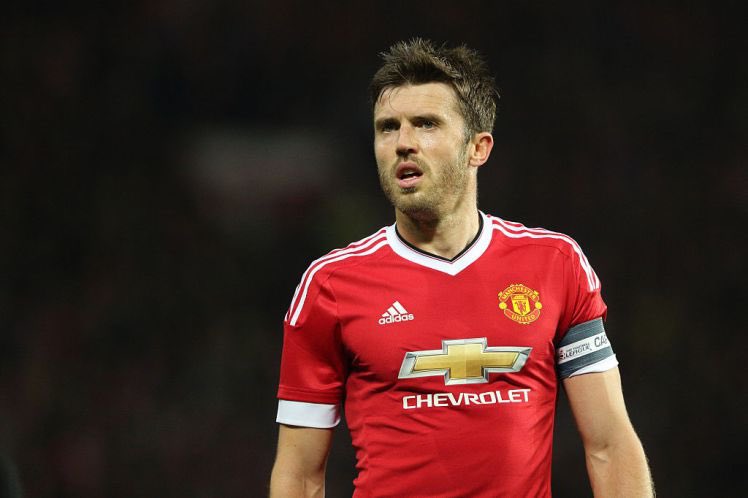 Arsenal boss Arsene Wenger is plotting a summer swoop on Manchester United as he looks to finally get his hands on midfielder Michael Carrick, according to the Mirror.

The Gunners supremo has been extremely quiet in market in recent times with Egyptian international Mohamed Elneny only the second outfield player to be signed over the past three transfer windows following his arrival last month.

However, with Mathieu Flamini, Mikel Arteta and Tomas Rosicky all set to leave when their deals expire in June, Wenger is going to need to bring in at least one more midfielder this summer and it looks like he has his eye on Carrick.

The Mirror claim that Wenger is a long-term admirer of the England international and has previously tried to buy the midfielder when he left West Ham in 2004, when he joined United in 2006 and once again last summer when Carrick decided to sign a one-year extension at Old Trafford.

The 34-year-old’s deal is now due to expire in June and the newspaper suggests that while Southampton’s Victor Wanyama remains Wenger’s number one target, the Frenchman has short-listed Carrick as a viable alternative and will try to sign him on a free transfer if he leaves United.

The former Spurs star will have no shortage of options if he does quit Man Utd this summer so Arsenal will no doubt face plenty of competition but I’m sure a move to the Emirates would appeal to Carrick as it would allow him to remain in the Premier League and play at the highest level.

However, we’ll have to wait and see how things develop over the coming months but I’d personally be surprised if United didn’t offer him a new one-year deal as Carrick is still one of the Red Devil’s most influential midfielder’s.