Italy entertain Spain in a friendly at the Dacia Arena in Udine this evening as the two nations make their preparations ahead of this summers European Championships.

There is plenty of Premier League interest with Manchester United defender Matteo Darmian lining-up for the hosts as he starts at the back alongside the likes of Leonardo Bonucci and Davide Astori.

Darmian will face-off against United team-mates Juan Mata and David De Gea as the duo start for Spain while Chelsea duo Cesar Azpilicueta and Cesc Fabregas also line-up for the visitors.

Blues attacker Pedro and Manchester City star David Silva will also be hoping to get some minutes under their belts after being named among the substitutes.

Here are the starting line-ups and the squad sheets: 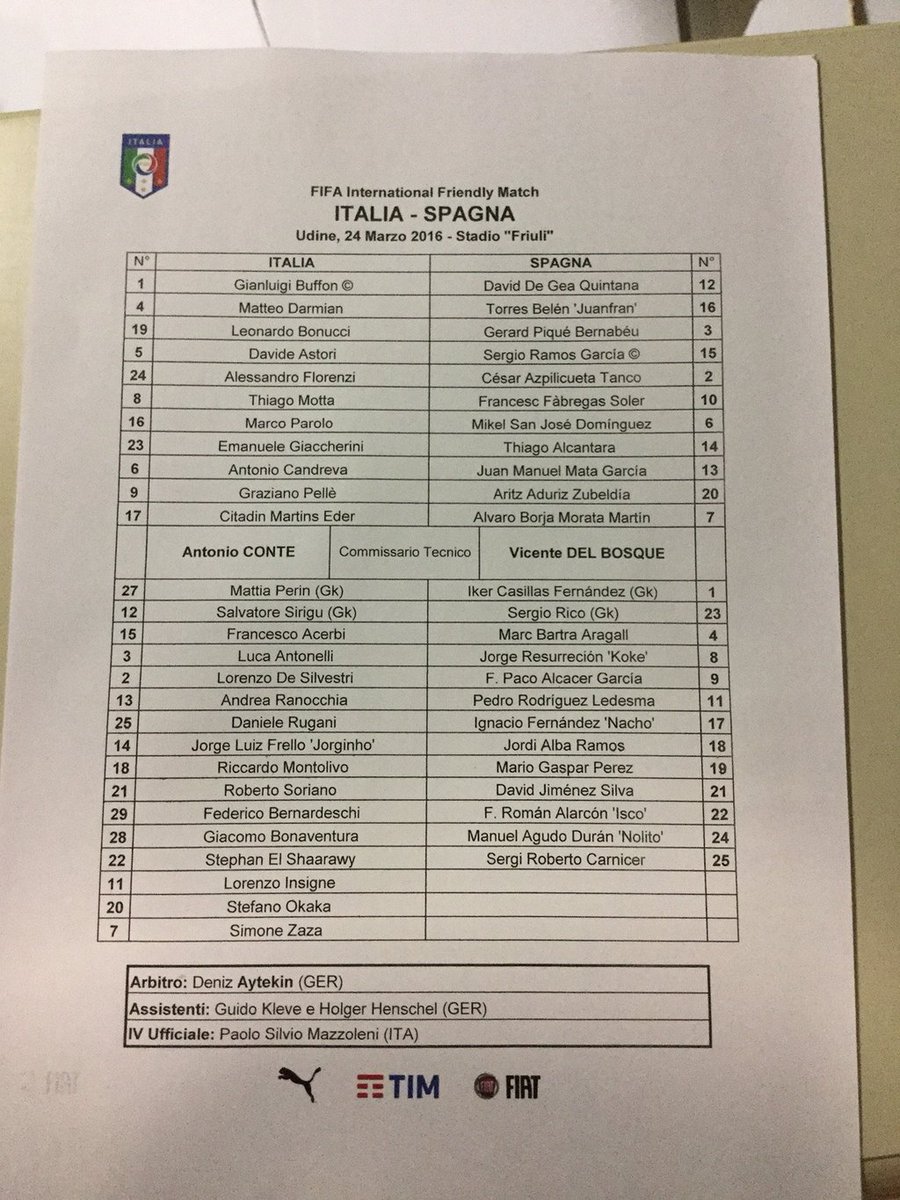