Liverpool have completed the signing of former Arsenal goalkeeper Alex Manninger on a free transfer with the stopper signing a one-year deal at Anfield.

The summer transfer window is now open for business so we’ll bring you all the latest transfer rumours and gossip from around the globe. Today, Liverpool complete the signing of Alex Manninger… 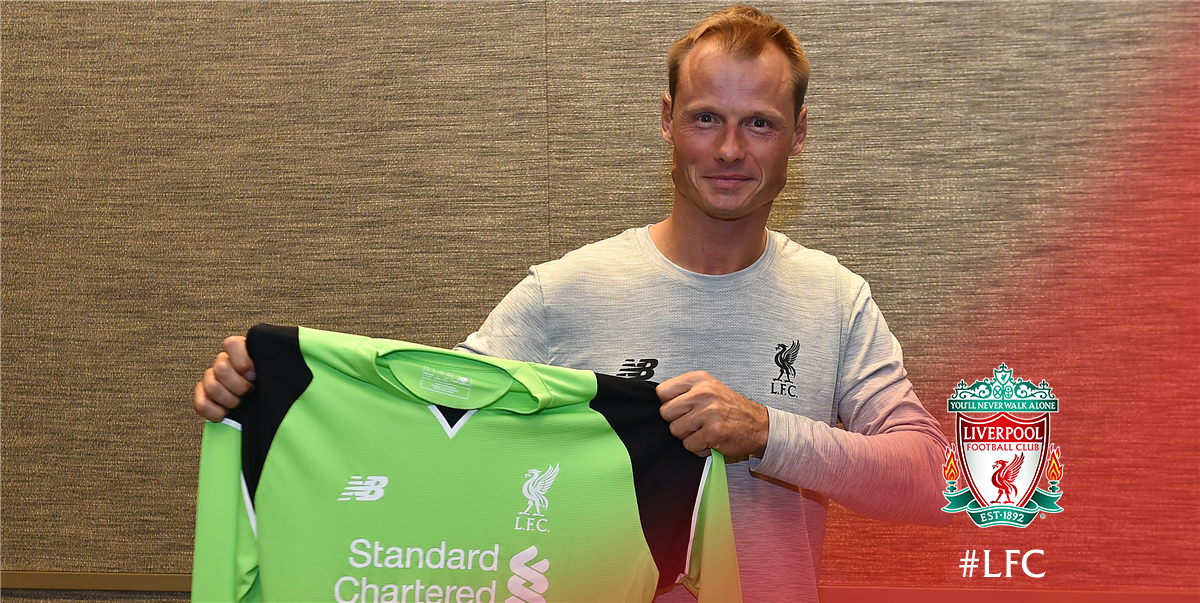 Liverpool have completed the signing of former Arsenal goalkeeper Alex Manninger on a free transfer with the experienced stopper signing a one-year deal at Anfield.

Manninger has been training at Melwood for the past few weeks and flew-out with the rest of the Liverpool squad on their pre-season tour of the United States as he looked to earn a permanent deal with the club.

It appears the 39-year-old has proven to Jurgen Klopp he’s still got what it takes to compete at the highest level as the club have confirmed on Liverpoolfc.com today that Manninger has signed a one-year contract.

The former Austria international was available on a free transfer after being released by Augsburg following a four-year spell in Germany but he’s now been given a chance to continue his career with one of Europe’s biggest clubs.

After signing his 12-month deal, Manninger told the Liverpool website:

“Honestly, it was a surprise. After these years, in Italy and the last four years in Germany, I hadn’t given up, I hadn’t said ‘that’s it’, I still waited for the phone call.

“When Liverpool was on the phone, it was a great pleasure for me to take it on because it gives me what I was looking for. This is the moment I was waiting for until the end.

“I’ve still got something left, for sure, but obviously it’s probably not the time for me to push for the next three or four years to get a place in the goal. Because time says it’s not possible to play 50 games a year. But if I’m called up, I’m definitely there for games, I will play. And I’ll definitely be in the changing room every game, giving my input; I hope, even if it’s only a couple of per cent, it will do the rest.”

Manninger has plenty of experience in playing in England having spent five years with Arsenal between 1997-2002 before enjoying spells with the likes of Fiorentina, Espanyol, Udinese and Juventus throughout his career.

With Danny Ward joining Huddersfield Town on loan and Adam Bogdan off to Wigan, the veteran keeper is expected to act as back-up for Simon Mignolet and Loris Karius during the 2016/17 season.