Liverpool moved two points clear at the top of the table after beating Fulham 2-1 at Craven Cottage this afternoon thanks to a late James Milner penalty. 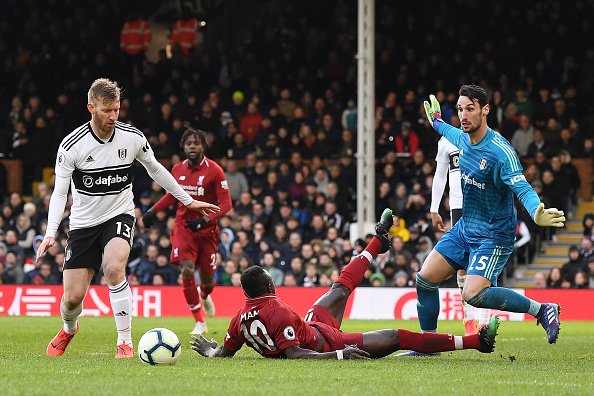 Liverpool moved two points clear at the top of the Premier League table after beating Fulham 2-1 at Craven Cottage this afternoon thanks to a late James Milner penalty.

Liverpool went in to the game in confident mood following their Champions League victory over Bayern Munich and they opened the scoring midway through the first half when Sadio Mane fired home from 8 yards in the 26th minute following good work from Roberto Firmino.

Fulham kept themselves in the game without really threatening the Liverpool goal too much but the visitors gifted them an equaliser in the 74th minute when a mix-up between Virgil van Dijk and Alisson led to Ryan Babel tapping home against his former side to make it 1-1.

However, Liverpool were gifted the perfect opportunity to snatch a vital win when Fulham goalkeeper Sergio Rico fumbled a routine shot and he pulled Mane back as he went for the follow-up ball. It was a soft penalty but the referee pointed to the spot and Milner stepped up to make it 2-1 in the 81st minute.

Fulham couldn’t find another equaliser as Liverpool held on to secure a huge win that sees them climb two points clear of Manchester City at the top of the Premier League table as we head into the international break.