This is a match preview ahead of Tottenham’s Champions League quarter-final with Man City including team news, line-ups and predicted score

Tottenham will be looking to secure a first leg advantage when they welcome Manchester City to the Tottenham Hotspur Stadium in their Champions League quarter-final tonight.

Spurs were hugely impressive in the last stage as they dispatched with Borussia Dortmund 4-0 on aggregate and the north Londoners have been rewarded with a mouth-watering double header against Man City.

Mauricio Pochettino’s side have stuttered in the Premier League lately as they’ve lost four of their last six league games leaving them battling to finish in the top four but they did get back to winning ways with a routine 2-0 win over Crystal Palace last week.

That victory came on the opening of their new £1billion stadium and Tottenham will be hoping the excitement around the new ground tonight will give their players an edge against a formidable City side.

The Citizens remain on course to challenge for an unprecedented quadruple and they were pleased to avoid the likes of Barcelona and Juventus in the quarter-final draw but Pep Guardiola will know not to underestimate a dangerous Tottenham outfit.

Spurs will be without Eric Dier as the midfielder is still recovering from a hip injury that he sustained during the international break while Erik Lamela is also out with a hamstring strain.

Serge Aurier is still nursing his own hamstring complaint so Kieran Trippier will continue at right-back but Fernando Llorente returns to the squad after missing the win over Palace with concussion.

Harry Winks is pushing for a recall to the starting eleven after making his injury comeback off the bench against Palace.

Man City have been handed a huge boost as Sergio Aguero is back in contention after recovering from injury so the Argentinean international is expected to start up front.

Full-backs Kyle Walker and Benjamin Mendy are also fit and available for selection but Oleksandr Zinchenko and Fabian Delph are ruled out. 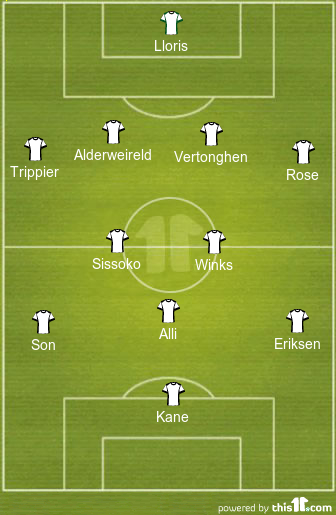 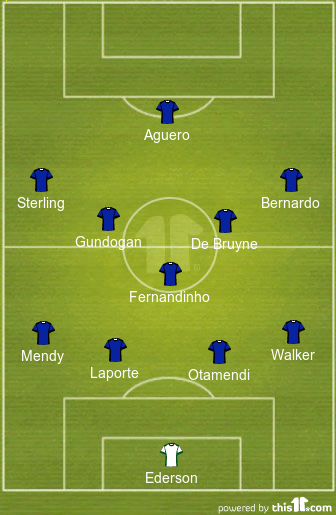 Tottenham 1-1 Manchester City: City won the league game 1-0 at Wembley earlier in the season and they come into the match in ominous form so this is going to be a tough task for Tottenham. The north Londoners need to get a positive result tonight but I’m not expecting an open, goal-fest. Both managers will be cagey in the first leg as they won’t want to give too much away. I fancy a 1-1 draw which would put City in the driving seat, but Tottenham would still have it all to play for in the second leg.