This is a match preview ahead of Liverpool’s Champions League clash with Porto including team news, line-ups and predicted score

Liverpool will be looking to take control of their Champions League quarter-final by securing a positive result over Porto at Anfield tonight.

The Reds continue to battle it out with Manchester City for the Premier League title and moved back to the top of the table with a 3-1 comeback victory over Southampton at St Mary’s Stadium on Friday night.

Some pundits believe Liverpool should sacrifice the Champions League in order to aid their pursuit of the Premier League title but I don’t think many fans would agree and the players would certainly rather be competing in both competitions.

Liverpool eased past Bayern Munich in the previous round thanks to an impressive 3-1 away victory and they’ve been rewarded with a very winnable tie with Porto so they’ll be confident of reaching the semi-finals.

The Portuguese side saw-off Roma in the previous round but Liverpool will be a different proposition and they’ll do well to still be in the tie following tonight’s first leg at Anfield as they lost 5-0 at home to the Reds last season.

Liverpool will be without Andy Robertson as he’ll serve a one-match suspension so James Milner is being tipped to fill-in at left-back ahead of Alberto Moreno.

Adam Lallana is set to miss out with a muscle injury while Joe Gomez won’t be risked as he continues to work his way back to full fitness from a fractured leg. Alex Oxlade-Chamberlain is also still lacking match practice but Klopp expects Virgil van Dijk, Georginio Wijnaldum and Joel Matip to shake-off knocks to start.

Porto will be without Pepe and Hector Herrera due to suspension while Alex Telles faces a late fitness test on a hip injury. 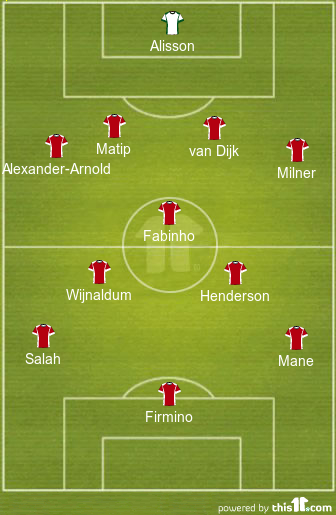 Liverpool 3-0 Porto: The visitors have failed to win any of their last 12 away knockout games in the Champions League and Liverpool are unbeaten in their six previous meetings with Porto. The Reds battered them in the away leg last season and while the second leg at Anfield ended goalless, Liverpool had very little to play for considering they were leading 5-0 from the first leg. I don’t see any hope of Porto getting a positive result tonight and back Liverpool to put one foot in the last-4 with a 3-0 win.