Jurgen Klopp has confirmed a triple injury boost as Liverpool’s squad for their Champions League semi-final with Barcelona is revealed. 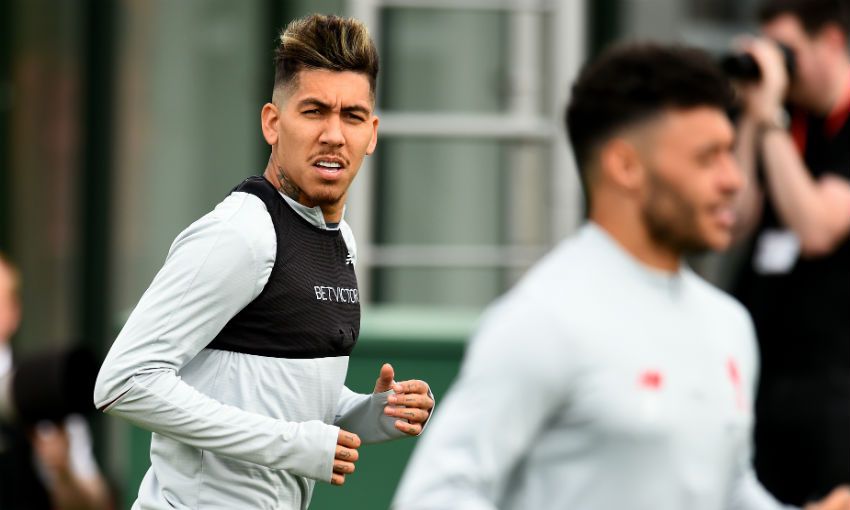 The Reds boss provided the latest team news to Liverpoolfc.com this afternoon which included positive updates on the fitness of Roberto Firmino, Alex Oxlade-Chamberlain and Fabinho.

Firmino was initially expected to miss the trip to the Nou Camp after suffering a groin injury last week and watched from the sidelines as Liverpool thrashed Huddersfield Town 5-0 at Anfield last Friday night.

However, the Brazilian international has made a swift recovery and was able to take part in full training with the rest of the Liverpool squad at Melwood on Tuesday morning before being named in the 23-man travelling squad.

Klopp has said it’s a huge boost to have Firmino back in contention to face Barcelona but he’ll leave it until the last minute before making a final decision over the strikers involvement tomorrow night.

Fabinho also missed the win over Huddersfield late last week due to concussion after a clash of heads during Liverpool’s win at Cardiff City on April 21 but the midfielder is available for selection against Barca.

The South American was among the 23-man squad that flew out of John Lennon Airport this afternoon and he was joined on the plane by Oxlade-Chamberlain after the midfielder made his long-awaited return against Huddersfield.

Klopp has confirmed Oxlade-Chamberlain has suffered no adverse reaction to making his first appearance in over a year so the former Arsenal man is in contention for a place in the squad tomorrow night.

“Yes, of course [it’s a huge boost to have Firmino back].  We all knew from the beginning it would be a race. We don’t have to make a decision today because there’s no game today, we can wait. It looked good so far but until tomorrow I have to make that decision – after lunchtime tomorrow. That’s what I will do.”

“He [Fabinho] was not available. Every human being needs time and he needed that time, but it was already three or four days ago; if the Huddersfield game would have been a day later he could have played, but it was just impossible for that game. But it’s OK.”

“It’s good. To have him [Oxlade-Chamberlain] around again is cool. He reacted well but it’s small steps for him.

“The first small step – which was very nice and important – was against Huddersfield so we will see what the next one is for him. [There has been no negative reaction], he trained completely normally.”

In a further boost for Liverpool fans, Mohamed Salah has made the trip to Spain despite rumours on social media suggesting he had picked up a knock ahead of the Champions League semi-final clash.

Youngster Rhian Brewster is surprisingly named in the initial 23-man squad but it appears highly unlikely he’ll be involved in the final 18-man match-day squad as he continues to work his way back to full fitness from a serious injury.

The confirmed 23-man squad that’s travelled to Barcelona was revealed on Liverpoolfc.com: