This is a match preview ahead of Liverpool’s Champions League semi-final first leg with Barcelona including team news, line-ups and predicted score

Liverpool will look to bring home a positive result from the first leg of their Champions League semi-final with Barcelona at the Nou Camp this evening.

The Reds are enjoying a sensational season as they aim to pull-off an historic double with the club battling Manchester City for the Premier League title and hoping to book their place in the Champions League final if they can see-off Barcelona over two legs.

Jurgen Klopp has refused to prioritise either competition so it will be interesting to see how he juggles his squad with a crucial league trip to Newcastle United coming just 72 hours after tonight’s clash at the Nou Camp.

However, the focus will be firmly on European matters tonight as Liverpool prepare to face a formidable Barcelona side after easing past FC Porto 6-1 on aggregate in the quarter-final stage.

Barca will be up against English opposition once again after beating Manchester United 4-0 over the two quarter final legs and Ernesto Valverde’s side will be hoping to go one step closer to completing their own league and Champions League double having already wrapped-up the La Liga title.

Liverpool will make a late decision over whether to start Roberto Firmino after the striker made a swift recovery from a groin injury that kept him out of the 5-0 win over Huddersfield Town.

The South American trained with the rest of the first team on Tuesday and has made the trip to Spain but Liverpool won’t want to take too many risks with him. Divock Origi and Daniel Sturridge are on stand-by to deputise up front if Klopp decides not to start Firmino.

Fabinho is expected to be recalled after missing the Huddersfiedl game with concussion while Alex Oxlade-Chamberlain is in contention after making his long-awaited comeback from a serious knee injury.

Barcelona have no fresh injury worries to contend with meaning Rafinha is the only injury absentee as he continues to nurse a long-term knee injury.

Philippe Coutinho and Luis Suarez are set to face their former side with the duo lining-up alongside Lionel Messi in the Barca attack meaning Ousmane Dembele may have to settle for a place on the bench. 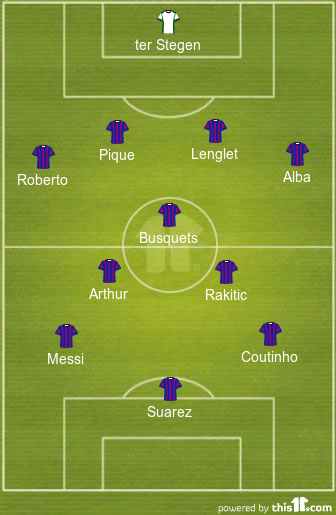 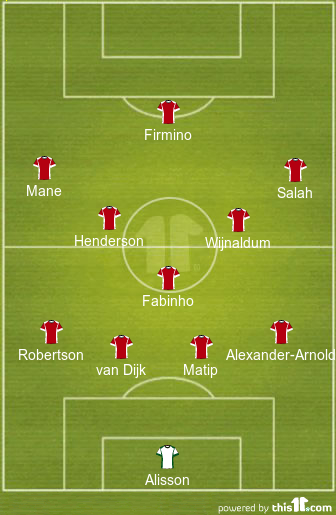 Barcelona 2-1 Liverpool: The Reds will be confident of giving Barca plenty of problems and with the likes of Mo Salah and Sadio Mane in fine form, they should come away with what could be a valuable away goal. However, Barcelona are unbeaten in their last 31 Champions League home games and they’ve conceded just 15 goals in those matches so this is going to be a fearsome task for Liverpool. I think the hosts will edge it 2-1 but it will be all to play for in the second leg at Anfield.