This is a match preview ahead of Liverpool’s Champions League clash with Barcelona including team news, line-ups and predicted score

Liverpool are looking to pull off a miracle in order to qualify for the Champions League final when they take on Barcelona in their semi-final second leg at Anfield this evening.

The Reds performed admirably at the Nou Camp in the first leg last week but came up against an inspired Lionel Messi who scored twice – including a stunning free-kick – to help Barcelona take control of the tie with a 3-0 victory in Spain.

Liverpool felt they were unlucky to be on the end of such a hiding and will no doubt be ruining their missed chances as they squandered a number of great opportunities to score at least one away goal which would have given the tie a completely different complexion.

As it stands, Liverpool need to score at least three goals to force extra-time and an away goal for Barcelona would leave Jurgen Klopp’s side needing to score five to progress to the final so it’s safe to say they’re facing an uphill task.

Liverpool will also have to put the Premier League title race to the back of their minds after seeing Manchester City regain top spot with a narrow 1-0 win over Leicester City on Monday night meaning the title will be decided on the last day of the season.

Klopp confirmed at his press conference yesterday that Mohamed Salah will be forced to miss the game tonight after suffering concussion during the 3-2 win at Newcastle United on Saturday night.

Roberto Firmino will also miss the visit of Barcelona to Anfield due to a niggling groin problem so Divock Origi could start up front – although Klopp has suggested youngster Rhian Brewster could make his first team debut tonight.

Midfielder Naby Keita is out with a groin injury while Adam Lallana is also nursing a muscle problem but Joel Matip and James Milner are among those pushing for recalls.

Barcelona will be without Ousmane Dembele as the attacker hasn’t travelled due to a muscle injury that he picked up at the weekend while Rafinha is also still on the sidelines.

Ernesto Valverde is expected to make wholesale changes after resting eleven players for the defeat at Celta Vigo on Saturday. 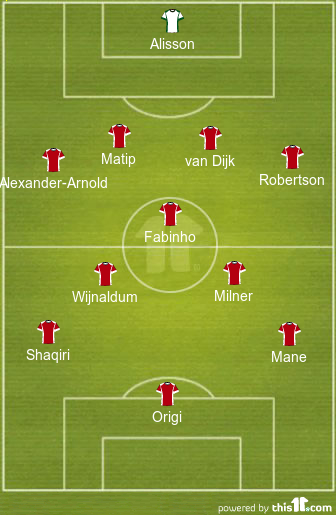 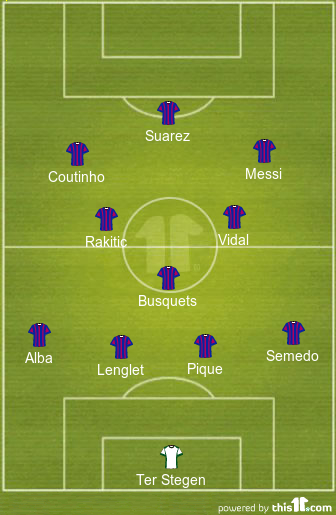 Liverpool 2-1 Barcelona: Obviously Liverpool face an ominous task this evening and they’ll certainly miss Salah and Firmino so the pressure will be on the likes of Sadio Mane to provide a goal threat. However, they’ll be given hope by the fact Barcelona have scored just two goals in their last seven away matches in the knockout stages of the Champions League. The Catalans have also tasted some heavy defeats in that time, including two 3-0 losses, so Liverpool may be quietly confident they could pull off a miracle tonight. I wouldn’t be surprised to see the Reds win the game this evening but still feel Barca will score a vital away goal to send them through 4-2 on aggregate.