Liverpool have confirmed a major injury blow ahead of this weekend’s Champions League final against Tottenham but a key man has been passed fit.

Liverpool will look to end an impressive season with some silverware when they take on Tottenham Hotspur in the Champions League final on Saturday night.

Ahead of the showpiece in Madrid, Jurgen Klopp has been speaking to the media at his press conference this afternoon and he’s provided a team news update including the latest on the fitness of Naby Keita and Roberto Firmino.

Let’s start with the positive news and Klopp has confirmed Firmino is expected to be fit and available for selection against Tottenham after overcoming a muscle issue that kept him out of Liverpool’s last three matches against Newcastle, Barcelona and Wolves.

Firmino was able to resume full training with the rest of the squad during Liverpool’s warm weather training camp in Marbella last week and the Brazilian forward has looked ‘really good’ during the practice sessions.

The 27-year-old will once again take part in training from tomorrow so as long as he doesn’t suffer any setback, Klopp is confident Firmino will be in contention to start against Spurs this weekend. 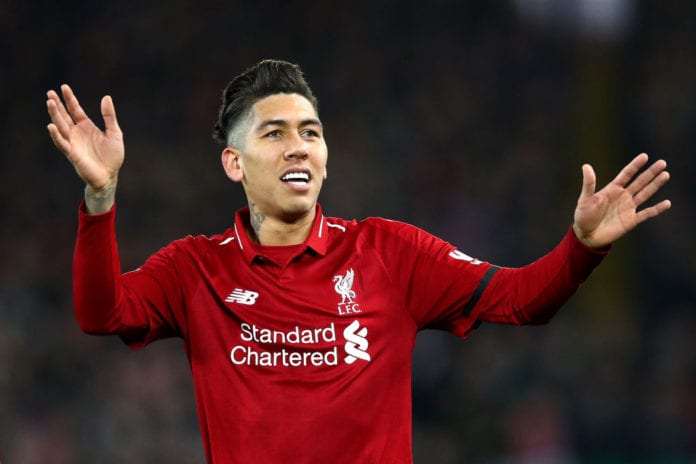 However, there wasn’t such positive news regarding Keita as Klopp has confirmed the midfielder has ‘no chance’ of featuring in the Champions League final this weekend.

Keita has been nursing an adductor strain in recent weeks and while Klopp says he’s progressing well in his recovery, the Liverpool boss isn’t sure whether the midfielder will recover in time to feature for Guinea at the African Cup of Nations next month.

“Bobby trained, was part of training last week and looked really good, everything was fine. Then we took him out again. He will be in training from tomorrow on again,”

“All that we saw so far looked really good and he will be fine, I’m pretty sure.”

“[There is] no chance for Naby. He is really progressing well, we will see how it will work out for him for the Africa Cup of Nations. We don’t know that yet.”

The loss of Keita will be a big blow to Liverpool as he was really finding his best form before picking up the adductor injury but it will be a huge relief for Klopp to have Firmino available again. Divock Origi has done well during Firmino’s absence but the Brazilian forward is expected to be recalled alongside Mo Salah and Sadio Mane in attack against Tottenham.