This is a match preview ahead of tonight’s Premier League opener between Liverpool and Norwich including team news, line-ups and predicted score

Liverpool get the 2019/20 Premier League campaign underway when they entertain Norwich City at Anfield tonight.

The Reds narrowly missed out on the title last season after finishing just one point behind champions Manchester City on a staggering 97 points so they’ll be desperate to go one better this year and end their long wait for the Premier League trophy.

It was still a memorable campaign for Liverpool last season as they beat Tottenham in the final to win the European Cup for the sixth time in their history but Jurgen Klopp insists they have to put that success behind them and start afresh this season.

Liverpool will welcome Norwich to Anfield this evening after the Canaries secured promotion back to the top flight after winning the Championship last season so this will be a tough baptism of fire for the visitors.

Liverpool have been handed a boost as Sadio Mane is available for selection despite not playing any part in pre-season. The attacker only returned to training last weekend after being given an extended break following his participation in the African Cup of Nations.

Klopp says Mane is an ‘option’ but it would be a surprise to see him throw the Senegalese international straight into action from the start tonight so I think he’ll be on the bench with Divock Origi lining-up in attack.

James Milner is available after recovering from a knock while Naby Keita is pushing for a recall but Jordan Henderson and Gini Wijnaldum are expected to keep their places alongside Fabinho in midfield.

Norwich will be without Christoph Zimmermann, Alex Tettey and Louis Thompson due to injury while Timm Klose is also doubtful for the game with a hip problem. 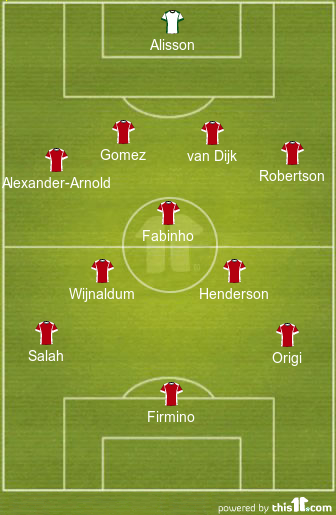 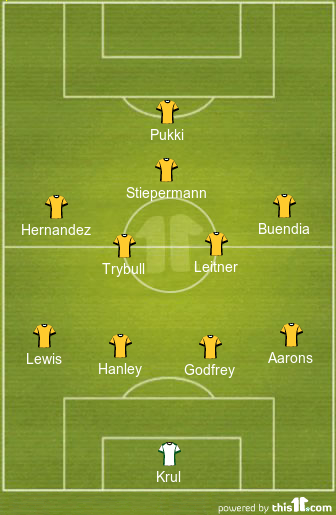 Liverpool 2-0 Norwich: The Reds have been pretty poor in pre-season but the results aren’t that important as it’s all about fitness and preparing for the new season. This is obviously an extremely tough opener for Norwich as Liverpool were formidable at home [and away] last season so I can’t see past anything other than a routine win for Klopp’s men.