The January transfer window is in full swing so we’ll bring you all the latest news and gossip from around the globe. Today, Chelsea and Manchester United are linked with Boubakary Soumare… 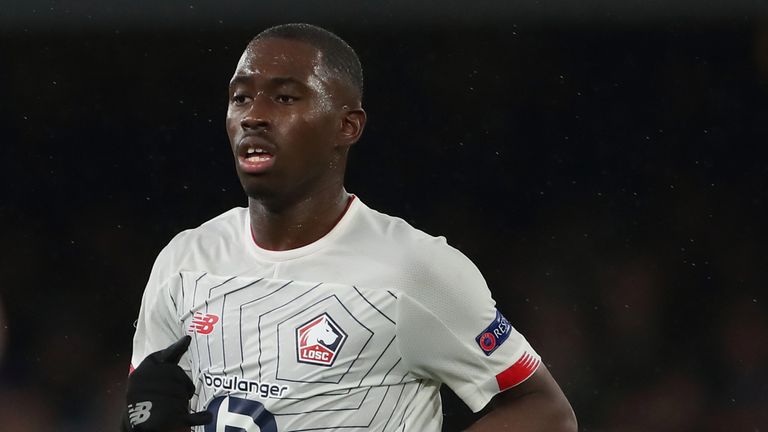 Boubakary Soumare is set to join Manchester United or Chelsea this month after the likes of Arsenal and Real Madrid ended their interest in the Lille midfielder, according to Sky Sports News.

Soumare came through the youth ranks at Paris Saint-Germain before joining Lille in 2017 and has developed into one of the most exciting young talents in French football over the past 18 months.

The 20-year-old has established himself as an important part of Christophe Galtier’s side having made 25 appearances in all competitions and he started all 6 of Lille’s Champions League group stage games this season.

His enormous potential has attracted interest from several top European clubs but Sky Sports News says Man Utd and Chelsea have been left to battle it out after Arsenal, Real Madrid and Valencia ended their pursuit of the defensive midfielder.

The media outlet says Soumare will now decide between joining United or Chelsea after they both held talks over signing the player but a final decision isn’t expected until after Lille play PSG on January 26.

Soumare has two-and-a-half years left on his contract and it appears Lille have decided now is the best time to cash-in with Sky Sports claiming the player will join United or Chelsea before the window closes at the end of the month.

French outlet La Voix Du Nord suggests a deal will cost the Premier League giants upwards of £51m [€60m] so this will be a big investment which shows just how highly Soumare is rated.

Man Utd are in the market for midfield reinforcements following injuries to Scott McTominay and Paul Pogba while Chelsea are also being tipped to splash the cash after having their transfer ban lifted.

It appears Soumare is a prime target for both clubs and the youngster is tipped for a big future in the game having represented France at every youth level from U16 through to U21 so it will be something of a coup for whoever ends up signing him.