This is our match preview ahead of Man Utd’s FA Cup fourth round clash with Tranmere including team news, line-ups and prediction

Manchester United will be looking to avoid an upset when they take on Tranmere in the fourth round of the FA Cup on Sunday afternoon.

Ole Gunnar Solskjaer is under growing pressure following consecutive 2-0 defeats with United losing at Liverpool last weekend before crashing to a hugely disappointing loss to Burnley at Old Trafford on Wednesday night.

The results have left United sitting fifth in the Premier League table – six points adrift of fourth-placed Chelsea – so Solskjaer will hope a good run in the FA Cup will help restore some confidence to his squad and ease the pressure on his shoulders.

The Red Devils will head to Prenton Park to take on a Tranmere side who booked their place in the fourth round with a 2-1 replay win over Watford on Thursday night so boss Micky Mellon hasn’t had a lot of time to prepare for the game.

Manchester United will continue to be without Paul Pogba as he’s still recovering from ankle surgery while Scott McTominay is also still on the sidelines with a knee ligament injury.

Marcus Rashford is out for the foreseeable future after being ruled out for at least six weeks with a fractured back while Marcos Rojo, Axel Tuanzebe and Timothy Fosu-Mensah are still working their way back to full fitness.

However, Victor Lindelof is back in contention for United after recovering from illness while Eric Bailly is set to start his first game since overcoming a serious knee injury.

Tranmere will continue to be without Ollie Banks, Mark Ellis and Evan Gumbs but Calum Woods could return from injury. 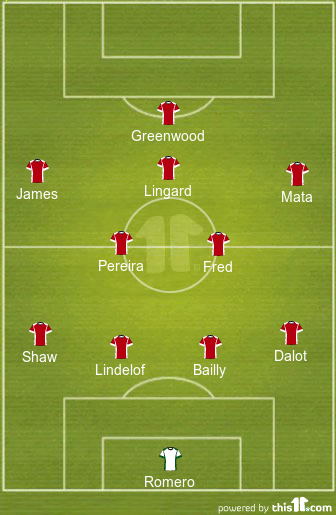 Tranmere 1-2 Man Utd: Solskjaer simply cannot afford to lose this game or an increasing number of fans will be calling for his head so he’ll be demanding a response from his players following the defeat to Burnley. The good news for the Norwegian coach is United have only lost one of their last 52 FA Cup matches against sides from outside the top division so they’ll hope to maintain that record tomorrow.

Tranmere are struggling in League one as they sit in the relegation zone but they will be right up for this game and it should be a tasty atmosphere at Prenton Park. However, I expect United to just edge it with a 2-1 win booking their place in the next round.