Jesse Lingard is back in contention for Man Utd this weekend 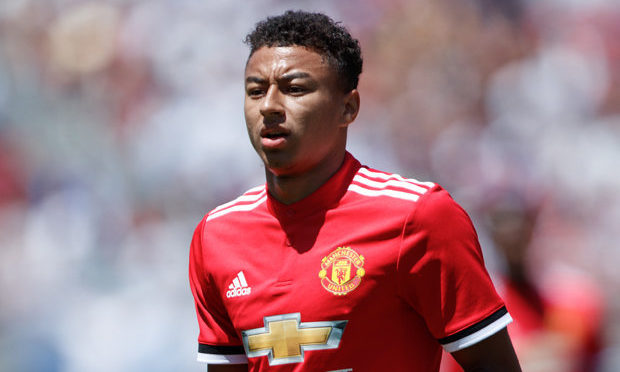 Manchester United will be looking to book their place in the semi-finals of the FA Cup when they take on Norwich City at Carrow Road on Saturday evening.

Ahead of the game, boss Ole Gunnar Solskjaer has been speaking to the media via his Zoom pre-match press conference call today and he’s provided a team news and injury update.

The United coach was pleased to confirm they suffered no fresh injury concerns following Wednesday night’s 3-0 victory over Sheffield United at Old Trafford – where Anthony Martial scored a superb hat-trick.

Phil Jones remains on the sidelines after missing the last two games with a knock while youngster Axel Tuanzebe is also still unavailable as he continues to nurse a minor muscle issue.

However, the defensive duo are Man Utd’s only absentees ahead of tomorrow night’s FA Cup quarter final clash so Solskjaer has a very healthy squad to choose from against Norwich.

“Are there any new injuries? No. I think we came through unscathed. It’s still Axel and Phil, they’re out. They are the only two absentees.”

Jesse Lingard wasn’t included in the squad against Sheffield United in midweek due to illness but Solskjaer confirmed to reporters that the midfielder is now available for selection and will be involved against the Canaries.

The United boss is quoted as saying by Press Association journalist Simon Peach:

“Jesse has come back after the lockdown with a smile on his face, loads of energy, Unfortunately last week he fell ill for a couple of days but we’ve done all the tests & he’s fine, so he’ll be involved against Norwich now & hopefully he can kick on”

United will travel to Brighton next Tuesday for their fourth game in just 12 days so Solskjaer has suggested he’ll rotate his squad against Norwich tomorrow as he looks to keep key players fresh during this busy period.

Aaron Wan-Bissaka, Harry Maguire, Victor Lindelof, Luke Shaw, Bruno Fernandes, Marcus Rashford and Anthony Martial all started both games against Tottenham and Sheffield United so you’d expect a few of them to be given a rest tomorrow.

Paul Pogba made a successful return to the starting eleven on Wednesday night but it remains to be seen whether Man Utd’s coach’s feel the midfielder should start his second game in four days so he may drop to the bench.

As well as Lingard, the likes of Eric Bailly, Juan Mata, Fred, Daniel James, Odion Ighalo, Brandon Williams and Scott McTominay are all pushing for recalls so Solskjaer has plenty of options at his disposal for the trip to Norwich.