United endured a disappointing first half to the campaign but Ole Gunnar Solskjaer’s side turned things around when football returned in June and clinched third place in the Premier League table on the final day of the season.

With Champions League football secured for next year, Solskjaer is now ready to further strengthen his squad this summer as he looks to build a squad deep enough to challenge for major honours again.

While the Man Utd starting eleven is a match for most clubs, Solskjaer knows he needs top class options on the bench if they’re to compete with the likes of Liverpool and Manchester City in the league and make an impression in Europe.

Therefore, reinforcements are needed and the Evening Standard suggests that United are looking to sign at least three new players this summer with Sancho, Grealish, van de Beek, Coman and de Ligt all understood to be targets.

United’s pursuit of Sancho is well documented with media reports recently suggesting an opening £89m bid has been rejected by Borussia Dortmund but the Evening Standard says all parties want a deal to happen this summer. 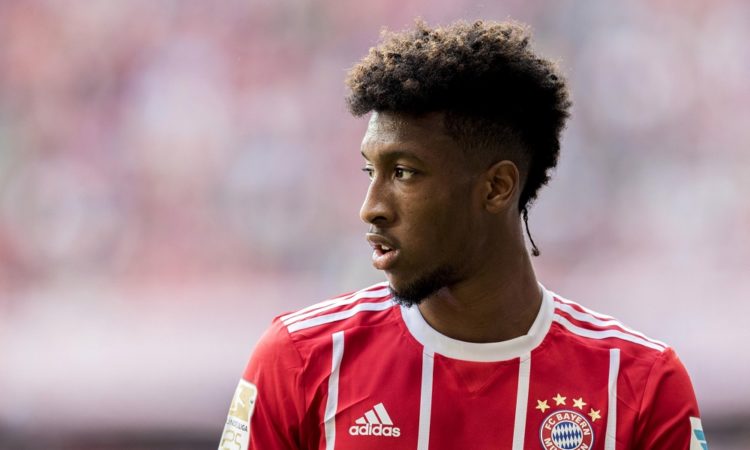 The 20-year-old winger would be a superb signing but a big-money deal is still going to be complicated this summer so the newspaper says Man Utd have identified Coman as an alternative if a deal for Sancho collapses.

Coman is set to fall down the pecking order at Bayern Munich following the arrival of Leroy Sane and the report says United may explore a season long loan deal – although it’s believed Bayern would favour a permanent sale.

Another attacking central midfielder is also understood to be on the agenda as Solskjaer was heavily reliant on Bruno Fernandes during the second half of the season and the Standard says Grealish remains a target for United.

The England international has long been linked with a move to Old Trafford but any negotiations could prove more difficult now that Aston Villa secured their Premier League status for another year, so are under no financial pressure to sell their star man.

The Evening Standard says Ajax star van de Beek is being lined-up as a cheaper alternative to Grealish after United scouts kept a close eye on the Holland international this season.

Another central defender to partner Harry Maguire is also on Solskjaer’s wish-list, according to the newspaper, and Manchester United remain interested in long-term target de Ligt.

Victor Lindelof has been fairly reliable this season but with Eric Bailly struggling to establish himself and Phil Jones expected to leave, United are eyeing de Ligt but the Dutchman will be difficult to prise away from Juventus.

So it sounds like Man Utd are after at least three new faces this summer and the Evening Standard suggest they could yet join Chelsea in the race for Jan Oblak if the Altetico Madrid goalkeeper is on the market.

It’s going to be a busy few months at Old Trafford but United would have a superb squad if they could add the likes of Sancho, Grealish and de Ligt to their ranks ahead of next season.