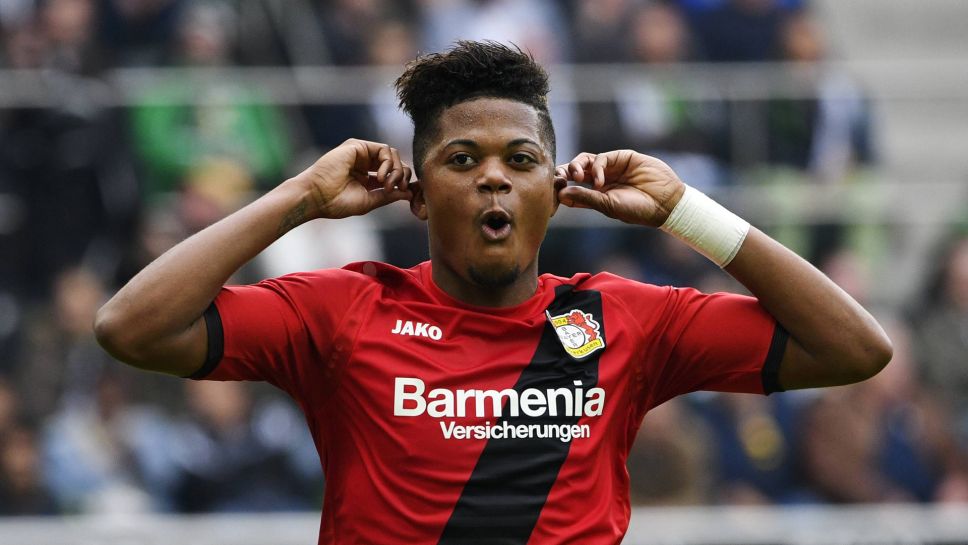 Tottenham have joined Everton in registering their interest in signing £36m-rated Bayer Leverkusen winger Leon Bailey this summer, according to reports via TeamTalk.

The 22-year-old has been with Leverkusen since arriving from Genk in 2017 and he’s developed into one of the most exciting young attackers in German football over the past three seasons having put-in a string of impressive performances.

Bailey’s 2019/20 campaign was disrupted by injury and suspension issues but he still managed to score 7 goals and provide a further 3 assists in his 31 appearances to help Leverkusen finish fifth in the Bundesliga table.

However, the Jamaican international has never hidden his desire to test himself in the Premier League and the winger has switched agents to Colossal Sports Management in the hope of securing a move to England.

Numerous Premier League teams have been linked in the past and TeamTalk are citing a report from Sport1 that claims Tottenham are the latest club to register their interest in signing Bailey this summer.

The German outlet says Spurs have joined Everton in the race to sign the youngster and although Leverkusen are reluctant to let him go, TeamTalk suggests they would cash-in if £36m was put on the table.

Tottenham are working on a tight budget this summer due to the financial crisis hitting football and missing out on Champions League qualification certainly didn’t help matters so it remains to be seen whether they could afford £36m.

However, Jose Mourinho knows he needs to strengthen his squad if Tottenham are to become challengers again and the Portuguese coach could do with more depth in attack to help the likes of Hueng-min Son, Harry Kane and Lucas Moura.

Bailey is predominantly a left winger but he can play anywhere across the attacking positions and even through the middle so his versatility would be a valuable asset for Mourinho to have at his disposal.

We’ll have to wait and see whether Everton step-up their interest in the player but Bailey could be a shrewd piece of business if Tottenham could win the race for his signature this summer.