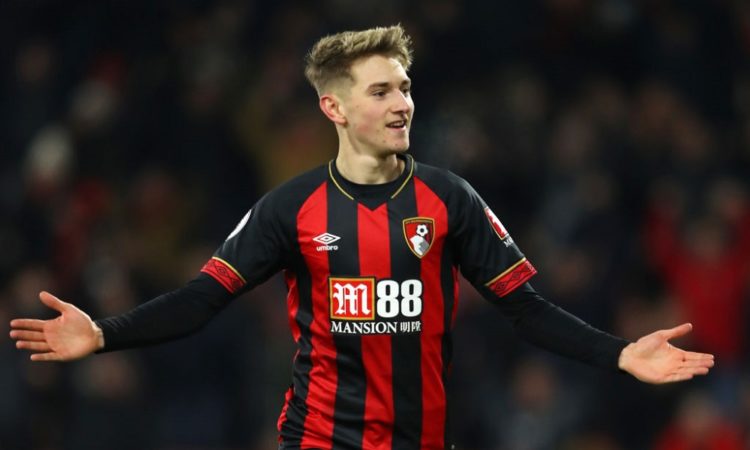 Manchester United could launch a formal bid to sign David Brooks after Ole Gunnar Solskjaer identified the £40m-rated Bournemouth attacker as a summer target, according to the Manchester Evening News.

Solskjaer is expected to be busy in the transfer market this summer as he looks to strengthen his squad in order to compete with the likes of Liverpool and Manchester City for major honours next season.

A new winger is on the agenda and United continue to be strongly linked with Jadon Sancho but have so far been unable to reach an agreement with Borussia Dortmund to land the talented England international.

The Manchester Evening News says Man Utd have not given up hope of striking a deal to sign Sancho but they are looking at other attackers and Brooks is on Solskjaer’s hit-list after tracking the Bournemouth star for some time.

According to the M.E.N, United could now launch a ‘serious bid’ to sign the 23-year-old and it’s suggested Bournemouth would cash-in if an offer of around £40m was put on the table this summer following their relegation to the Championship.

The report doesn’t state whether Brooks is seen as an alternative to Sancho or in addition to the Dortmund star but as both players predominantly play on the right-wing, it’s difficult to see United buying Brooks and Sancho.

No formal talks have taken place for Brooks yet but the M.E.N says the Welsh international is a firm target for Manchester United and he fits the profile of player Solskjaer is looking to add to his squad this summer.

Brooks missed the majority of the 2019/20 campaign due to a serious ankle injury but the youngster returned in June to start in eight of Bournemouth’s last nine games as they tried in vain to avoid dropping out of the top flight.

The former Sheffield United star is mainly used as a right-winger but can also play as a central attacking midfielder so he’d give Solskjaer options in the final third if he does end up moving to Old Trafford.

We’ll have to wait and see how things develop but I think Manchester United will do all they can to sign Sancho and any move for Brooks will only happen if they fail to find a deal with Dortmund for their number one target.