Manchester United have announced the arrival of Donny van de Beek from Ajax after the midfielder signed a five-year contract at Old Trafford.

Van de Beek has forged a reputation as one of the most exciting young midfielders in European football having starred for Ajax in recent years and he played a pivotal role in their march to the semi-finals of the Champions League in 2019.

The 23-year-old has attracted interest from a number of top European clubs with Manchester United among those to have scouted the Dutch international extensively over the past few years.

The Red Devils finally made their move last week after opening talks with Ajax and Sky Sports News claim that van de Beek completed his medical in Holland after a deal was agreed between the two clubs.

Sky Sports says Man Utd have agreed to pay Ajax £34.6m up front with a further £4.4m due if various add-ons are met, meaning the entire deal could be worth up to £40m, which is a superb piece of business for a player of his quality.

United have now formally announced the deal on ManUtd.com after confirming that van de Beek has joined the club from Ajax on a five-year contract with the option of another year.

After completing his move, van de Beek said it’s an ‘incredible opportunity’ to join such a big club and expressed his excitement at being part of Ole Gunnar Solskjaer’s team following talks with the Norwegian coach. 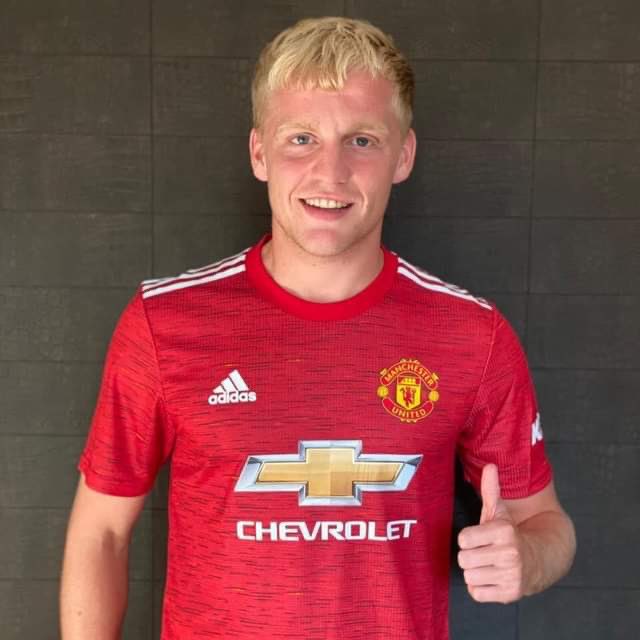 “I cannot begin to explain how incredible an opportunity it is to join a club with such an amazing history.

“I would like to thank everyone at Ajax. I grew up there and I will always have a special bond with the club.

“I am now ready to take the next step in my career and perform at the highest level and there is no higher standard than Manchester United.

“Everyone has told me how amazing the Old Trafford atmosphere is and I am looking forward to experiencing that, once it is safe for the fans to return.

“This team has some of the best midfielders in the world and I know that I can learn from them and also bring my own strengths to the group.

“Having spoken to the manager about his vision for this team, the direction that the club is going in is hugely exciting and I cannot wait to be a part of that.”

Van de Beek becomes Man Utd’s first major signing of the summer and he should prove to be a very shrewd piece of business by the club if he settles into life in the Premier League.

The Dutchman contributed 10 goals and 11 assists in 37 appearances for Ajax last season so he’ll provide extra creativity to Solskjaer and he could form an exciting midfield trio alongside Paul Pogba and Bruno Fernandes this season.

As United have announced the signing before Holland’s Nations League games against Poland and Italy, van de Beek won’t need to quarantine when he arrives in the UK next week. The midfielder can now apply for an exemption on sporting grounds and should be available for selection for Man Utd’s Premier League opener against Crystal Palace on the 19th.