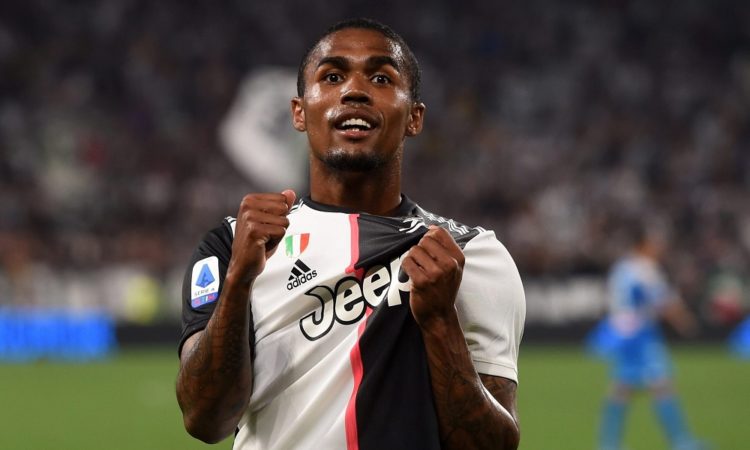 Manchester United are likely to end up signing Douglas Costa in a £20m deal from Juventus after struggling to land Jadon Sancho from Borussia Dortmund, according to the Express.

It’s been a frustrating summer for Ole Gunnar Solskjaer as he’s only managed to sign Donny van de Beek from Ajax with the Manchester giants failing to agree terms for any of his other prime transfer targets.

United have spent much of the summer locked in negotiations for Sancho but the Express claims they are still refusing to meet Borussia Dortmund’s £108m asking price and the Bundesliga outfit insist the youngster will remain in Germany for another season.

There could still be a breakthrough during the closing stages of the window but Man Utd are now looking at potential alternatives in-case Dortmund don’t cave and the Express says Costa is likely to end up joining as a stop-gap signing.

The newspaper reports that Gareth Bale is set to join Tottenham, Ivan Perisic is likely to rejoin Bayern Munich, Kingsley Coman will remain at the Allianz Arena, Ousmane Dembele and Ansu Fati are staying at Barcelona, so Costa is seen as the most realistic target.

According to the Express, ‘all sighs point’ to Costa joining Manchester United this summer and a deal is expected to cost at least £20m with Juve willing to cash-in on the South American at the right price.

That would make the 30-year-old a much cheaper alternative to Sancho and it would allow United to save their funds to sign the England international next summer when Dortmund might be more willing to negotiate.

However, I’m not sure how the majority of Manchester United fans would feel if they miss out on a world class prospect like Sancho and end up signing Costa instead this summer.

The Brazilian winger has struggled to hold down a regular starting spot since joining Juventus three years ago and a series of injury issues restricted him to making just 11 starts in all competitions last season.

If he could stay fit, Costa has the ability to be a terrific winger and he’s capable of playing on either flank so he could end up being a shrewd piece of business for Man Utd if they do get a deal done.

However, I still think the vast majority of United fans will hope the club do all they can to sign Sancho before contemplating any move for the Juventus attacker.