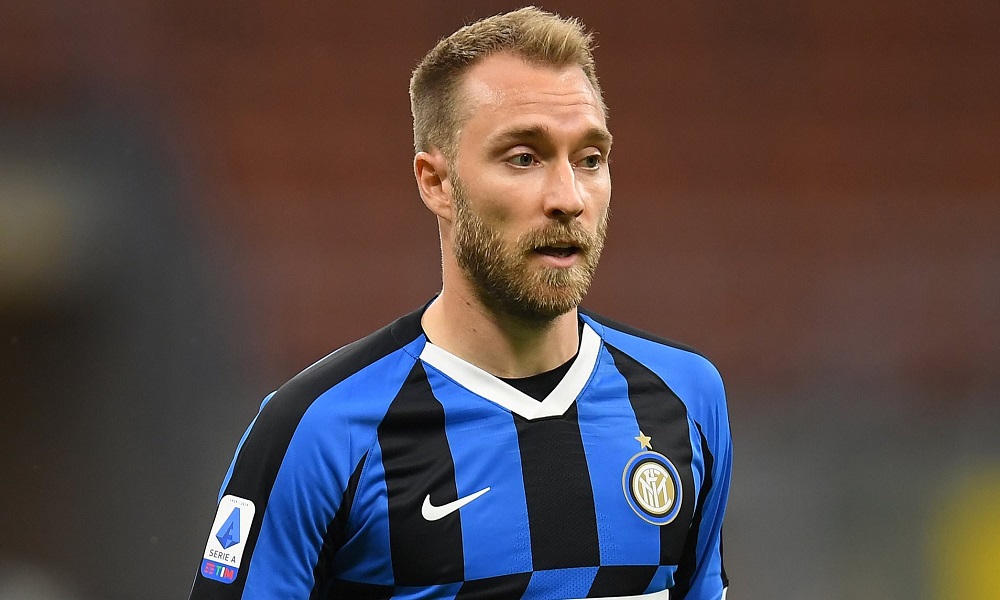 Manchester United are set to submit a £16.5m bid for Christian Eriksen as they look to pull-off a shock swoop for the Inter Milan attacker during the closing days of the window, according to reports via TeamTalk.

Ole Gunnar Solskjaer is still desperately trying to further strengthen his squad this summer having so far been frustrated in his attempts to land key transfer targets such as Borussia Dortmund winger Jadon Sancho.

The Man Utd boss wants to add to his attacking options before the window closes on October 5th but the Red Devils have failed to agree terms for the England international and are now seemingly eyeing alternative targets.

The likes of Ousmane Dembele, Ivan Perisic and Douglas Costa have all been linked with a move to Old Trafford recently but a new surprise name has emerged with TeamTalk citing a report from TodoFichajes that claims Man Utd are eyeing Eriksen.

According to the report, Solskjaer believes the 28-year-old can provide added creativity to his squad and Manchester United are set to test Inter Milan’s resolve with a £16.5m bid over the coming days.

Eriksen made his name during a seven-year spell at Tottenham but has struggled since joining Inter in a £17m deal back in January as he scored just 1 goal in his 17 Serie A appearances last season.

It’s led to reports that the Italian giants are already looking to cut their losses this summer and it appears Man Utd are eyeing a bargain swoop for the Danish international before the window slams shut.

Signing Eriksen for around £16m would be excellent business by United if the player could rediscover the kind of form he showed during his time at Tottenham but I’d personally be shock if anything came of these reports.

Man Utd are looking for a right-winger and although Eriksen is capable of playing out wide, he’s more comfortable in a central attacking midfield role and Solskjaer is well stocked in that department with Bruno Fernandes, Donny van de Beek and Paul Pogba all vying for places.

Therefore, I still think Manchester United will do all they can to land Sancho and will only make a potential move for someone like Eriksen as a last resort if they cannot find an agreement with Dortmund.