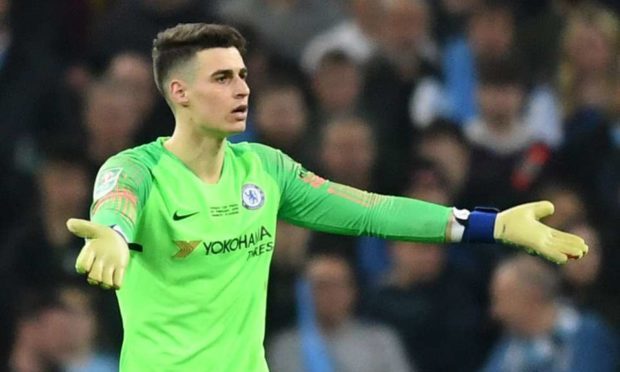 Chelsea get back to Premier League action when they take on Southampton at Stamford Bridge this afternoon.

Blues boss Frank Lampard has been forced to recall Kepa in goal as Edouard Mendy is out injured. Andreas Christensen also gets a recall in defence as Thiago Silva isn’t available after returning late from international duty with Brazil.

Kurt Zouma keeps his place in the middle of the back four so Fikayo Tomori is among the Chelsea substitutes while Cesar Azpilicueta starts ahead of Reece James at right-back. Ben Chilwell is fit to start at left-back.

N’Golo Kante is passed fit to start in midfield despite carrying a knock during the international break. The Frenchman lines-up alongside Jorginho so Mateo Kovacic misses out.

Mason Mount joins Kai Havertz in attack with summer signing Hakim Ziyech named on the bench after returning to fitness. Christian Pulisic is recalled on the left wing so Callum Hudson-Odoi drops to the bench this afternoon.

Timo Werner is looking to register his first Premier League goal since joining Chelsea in the summer as he leads the line up front. Olivier Giroud and Tammy Abraham have to settle for places among the subs.

As for Southampton, Theo Walcott makes his first start since re-joining the club on loan from Everton. He supports Danny Ings and Nathan Redmond in attack.