The Fall of Mesut Özil

Renowned as a tactical and highly skilled player who can create scoring opportunities out of nothing, the sun has often shined for German Mesut Özil. Early in his career in 2010, the player received standing ovations for his early performances with Real Madrid and was a strong partner for Cristiano Ronaldo.

Following his 2013 move to Arsenal, Arsene Wenger’s leadership and faith helped transform the player. Within two years, he’d become Arsenal Player of the Season, and Player of Month later that year. By 2017, he was a leading force that helped the club lift the FA Cup.

In early 2018, Özil’s original contract with Arsenal was set to expire. Fans of Özil were happy to hear the player signed a three-year extension that will see him in the Gunners jersey until 2021. At the time, reports that his weekly salary sat at around £350,000 made him the highest-paid player in the club’s history.

Despite the extended contract and increase in pay, Özil’s strong finish in the 2018 season would be one of his last pushes. By the next season, injuries and missteps on the pitch meant Özil wasn’t always the first name on the team sheet anymore.

Soon, rumors circulated that Özil and newly-appointed coach Unai Emery didn’t get along. Given Emery’s touch and go performance as a leader, pundits and fans dismissed the midfielder’s poor form as a one-off.

However, by the end of the 2018-19 season, Özil had his worst campaign as an Arsenal player with only six goals and four assists for the entire season. Rumours began to circulate that Özil would be sold.

Despite rumors that Özil would leave, it was Emery who was released in December 2019. Mikel Arteta stepped in next and has received largely positive feedback from pundits and fans in his 10-month tenure.

Despite the uptick in leadership and the Gunners’ strong performance in the 2019-20 season, Özil is once again rumoured to be bumping heads with the new head coach. Given Arteta is busy fortifying his midfield with top talent from La Liga, there may be little room for a midfielder like Özil whose inconsistency on the field and string of injuries make him a difficult player to manage.

Despite his illustrious record in La Liga and the Premier League, his days may be numbered in Europe’s top football leagues. Though it’s a big leap (across the Atlantic), the German player would have a bright future in the US’s MLS league should he decide to try his luck in America.

While still a developing league, expansion teams like this year’s Inter Miami and Nashville SC show the MLS has staying power. At the moment, sportsbooks that offer wagers on the major leagues list the MLS alongside both the English Premier League and the UEFA Champions League with the expectation that the MLS will grow.

Though it would be a big change for a player like Özil, he wouldn’t be riding a bench wearing an MLS jersey. And given the recent confirmation from the Gunners that Özil won’t be featured in the upcoming Europa League group phase squad, he and his agents may be looking into a way out of his contract. 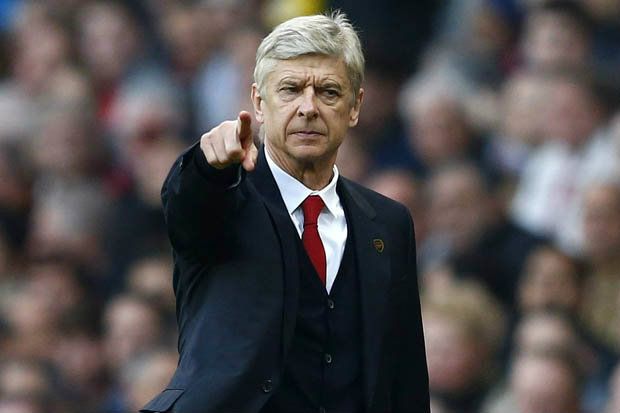 Recently, Wenger has publicly questioned why Özil is struggling with Arsenal. The celebrated coach wondered why Özil isn’t on the field and even considered his absence to have a negative effect on the player.

However, this isn’t Özil’s first run-in. After leaving Real Madrid for Arsenal, he stated that he required the full faith of staff to perform well. Could it be that Emery and Arteta didn’t offer the star enough positive support? Something he had during Wenger’s tenure.

Others, like former Gunner Martin Keown, speculate that the player got into a ‘comfort zone’ after signing the three-year extension contract in 2018. Still, others point to Arteta’s fiercer mentality as a coach.

While Wenger often looked at what a player can do with the ball, it seems Arteta wants to focus equally on work-rate and defending as a unit, which isn’t Mesut’s strong point. We’ll have to wait and see whether Arsenal manage to buy out the rest of Özil’s contract but it would make sense and it looks unlikely we’ll ever see him play for the club again.