Liverpool welcome Chelsea to Anfield in the Premier League this evening. Here is our preview with team news, line-ups and prediction

Liverpool will be looking to climb back into the top four with a win over rivals Chelsea at Anfield tonight [20.15 kick-off].

It’s been a hugely disappointing campaign for Liverpool as they look set to relinquish their title without a fight but it’s vital Jurgen Klopp’s men find some consistent form during the closing months to secure a top four finish.

Chelsea have also endured a tough campaign and head into this game sandwiched between Liverpool and the Hammers in fifth so they are also in need of a positive result tonight to boost their Champions League qualification hopes this season.

Liverpool have confirmed that they are set to welcome Alisson Becker back into the starting eleven after he missed the win at Bramall Lane last week following the death of his father.

Fabinho is also set to make his long-awaited return after recovering from a muscle injury and he could start in defence with centre-backs Virgil van Dijk, Joe Gomez and Joel Matip all along-term absentees.

Jordan Henderson is also out for the champions after groin surgery but Diogo Jota should be back in the squad after missing the Sheffield United game through illness.

Chelsea will once again be without Thiago Silva as the defender is not yet ready to play despite taking part in training this week so Andreas Christensen should continue alongside Cesar Azpilicueta and Antonio Rudiger in defence.

Callum Hudson-Odoi has been passed fit after recovering from a minor knee issue but Reece James could start at right wing-back while Marcos Alonso should return on the opposite flank with Ben Chilwell making way.

Tammy Abraham is facing a late fitness test on an ankle injury but Timo Werner is fit for a recall up front while Jorginho could return in midfield for Chelsea. 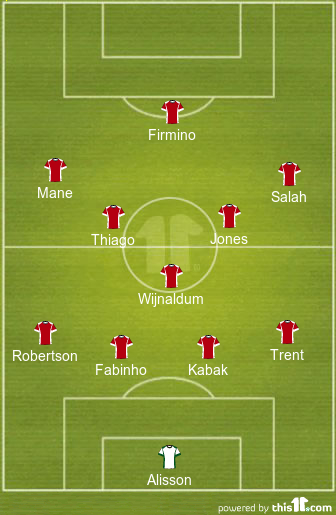 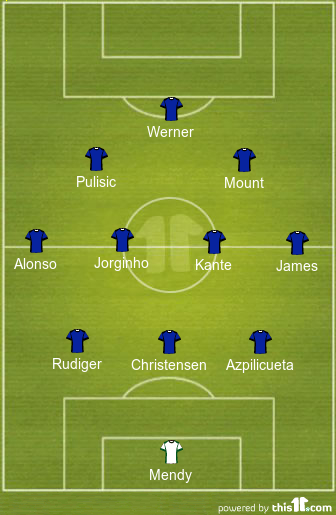 Liverpool 1-1 Chelsea: Thomas Tuchel has made Chelsea a lot more solid since replacing Frank Lampard but this will be one of his sternest tests yet. Liverpool have been in woeful form of late, even at Anfield, but Klopp will hope the win at Sheffield United will get them back on track.

This fixture was packed with goals last year as Liverpool ran out 5-3 victors but we aren’t expecting another thriller this evening as Chelsea have been solid at the back under Tuchel and the Reds aren’t firing on all cylinders going forward.

Both teams desperately need a win in order to climb above West Ham into the top four but avoiding defeat is just as important for both clubs. For that reason, we expect a cagey game which could end up in a draw.