Chelsea take on Real Madrid at Stamford Bridge on Wednesday evening. Here is the team we expect Thomas Tuchel to select for the game: 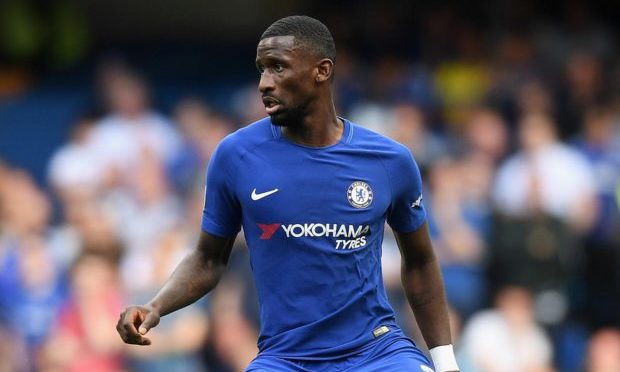 Chelsea take on Real Madrid in the second leg of their Champions League semi-final at Stamford Bridge on Wednesday evening. Here is the team we expect Thomas Tuchel to select for the game:

Goalkeeper: Edouard Mendy will once again keep goal for Chelsea so Kepa Arrizabalaga will remain on the bench.

Defence: Chelsea are set to make one key change in defence tomorrow night as Antonio Rudiger is expected to return after missing the win over Fulham with a facial injury.

Tuchel has suggested the centre-back will wear a protective mask against Madrid so Rudiger should line-up alongside Thiago Silva and Andreas Christensen with Kurt Zouma the man to make way.

Midfield: We should see changes in midfield too as N’Golo Kante and Jorginho will be recalled after being rested at the weekend. The pair were instrumental in Chelsea’s 1-1 first leg draw in Spain so Tuchel will be hoping for a repeat performance tomorrow.

Mateo Kovacic remains out with a thigh injury so Billy Gilmour will be on the bench. Ben Chilwell should keep his place on the left flank but Cesar Azpilicueta is expected to be recalled on the right with Reece James dropping out.

Attack: Kai Havertz didn’t start in the first leg but he may have played his way into the Chelsea starting eleven after scoring two fine goals during the win over Fulham at the weekend. Timo Werner could be the player who misses out if Havertz is recalled and he’ll still be smarting from his horror miss in the first leg.

Mason Mount should start once again for Chelsea against Real Madrid while Christian Pulisic might get the nod ahead of Hakim Ziyech. Callum Hudson-Odoi may also have to settle for a place on the bench along with Olivier Giroud and Tammy Abraham. 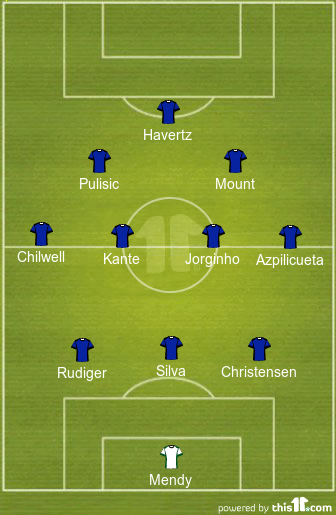