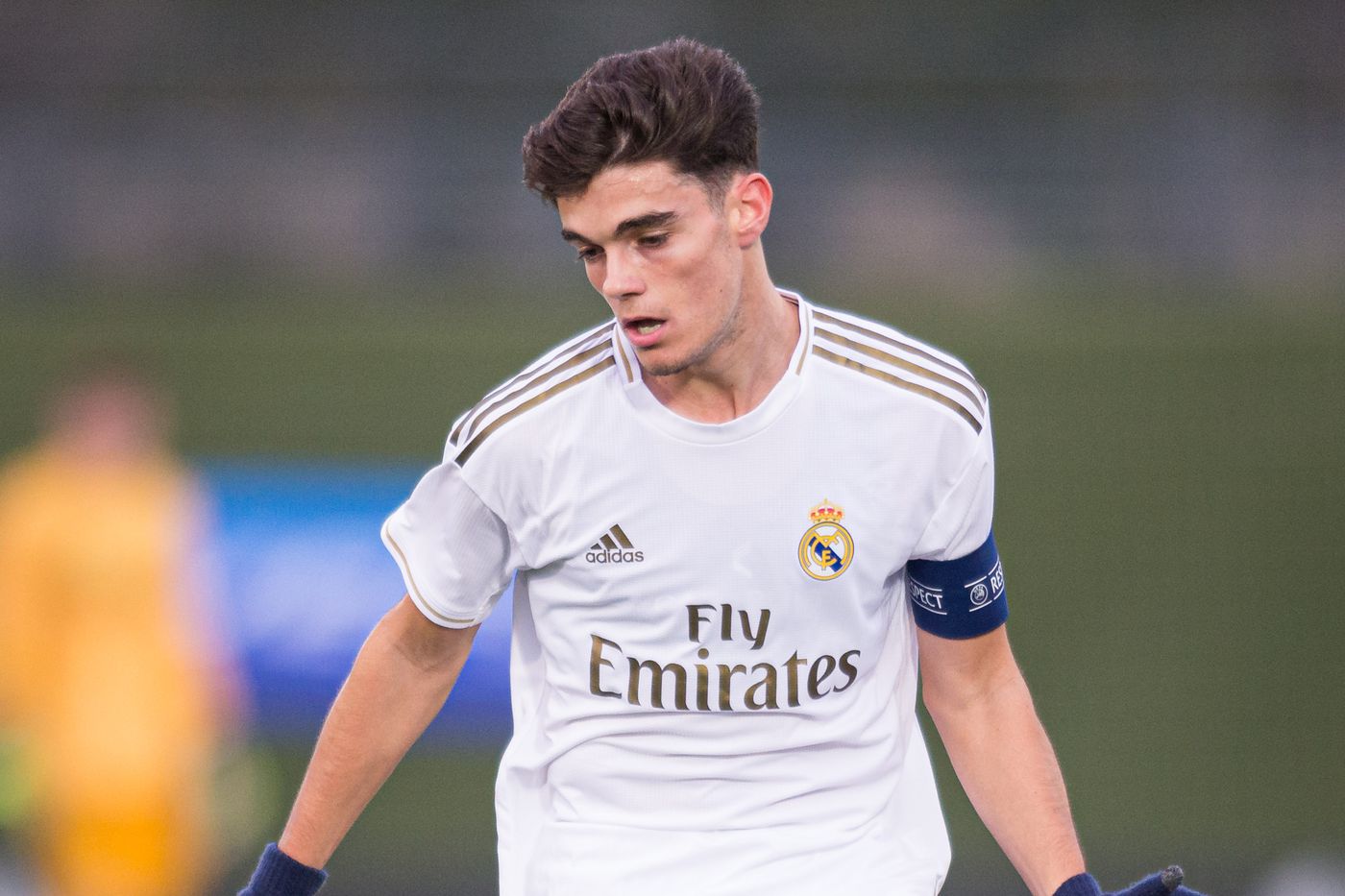 Arsenal are eyeing a move to sign Real Madrid full-back Miguel Gutierrez as Mikel Arteta looks to bring in at least four new signings this summer, according to The Athletic.

Arteta desperately needs to overhaul his squad after Arsenal finished eighth in the Premier League last season and the Spanish coach is expected to be extremely active in the transfer market over the coming weeks.

The likes of Granit Xhaka, Hector Bellerin, Lucas Torreira, Matteo Guendouzi, Ainsley Maitland-Niles and Joe Willock could all be sold to help raise extra funds and The Athletic claims Arsenal are looking to bring in 4-5 signings ahead of the new campaign.

A left-back to support Kieran Tierney is on the agenda as Sead Kolasinac is likely to be sold and The Athletic says Arsenal chiefs have identified Real Madrid youngster Miguel Gutierrez as a potential signing this summer.

The 19-year-old is a product of the Madrid youth academy and he’s forged a reputation as one of the most exciting young defenders in Spanish football since breaking into the first team set-up last season.

Gutierrez made six first team appearances toward the end of the 2020/21 campaign but with Marcelo and Ferland Mendy ahead of him in the pecking order, the youngster could be open to leaving in search of regular action.

Arsenal are keeping a close eye on his situation but any potential deal won’t come cheap as The Athletic says the Spanish U19 international’s buyout clause is set at £34m [€40m]. The good news for Arsenal is Gutierrez shares the same agents as Arteta, which should help during any negotiations.

The news outlet says Arsenal are also pushing ahead with moves to sign Brighton centre-back Ben White and Anderlecht midfielder Albert Sambi Lokonga with negotiator Richard Garlick working ‘intensely’ to get deals over the line.

White is expected to cost upwards of £50m with all parties confident a deal will be agreed soon while The Athletic says the Gunners are also edging closer to snapping-up Lokonga having held extensive talks with Anderlecht. However, another midfielder may arrive if Xhaka is sold with Ruben Neves and Manuel Locatelli named as targets.

Arsenal are also in the market for a new goalkeeper and the report says the North Londoners are in talks with Sheffield United over a potential deal to sign Aaron Ramsdale after going cold on the idea of landing Ajax stopper Andre Onana.

Ramsdale won’t come cheap as the 23-year-old is considered to be one of the finest young goalkeepers in British football but he’d represent a long-term solution between the sticks should Bernd Leno refuse to sign a new contract.

In what’s going to be a hectic summer at the Emirates, The Athletic says Arsenal will be looking for a new right-back if Bellerin is sold with RB Leipzig’s Tyler Adams and Sassuolo’s Mert Muldur on their radar, while a new No.10 is also seen as a priority as it appears highly unlikely Martin Odegaard will be leaving Madrid again this summer.

It’s going to be a busy few months at Arsenal as Arteta looks to reshape his squad ahead of the new season and it looks as though White, Lokonga, Ramsdale and possibly Gutierrez could be heading to north London over the coming weeks.