Reports: Club ready to do deal at £34m as Liverpool plot swoop for International star 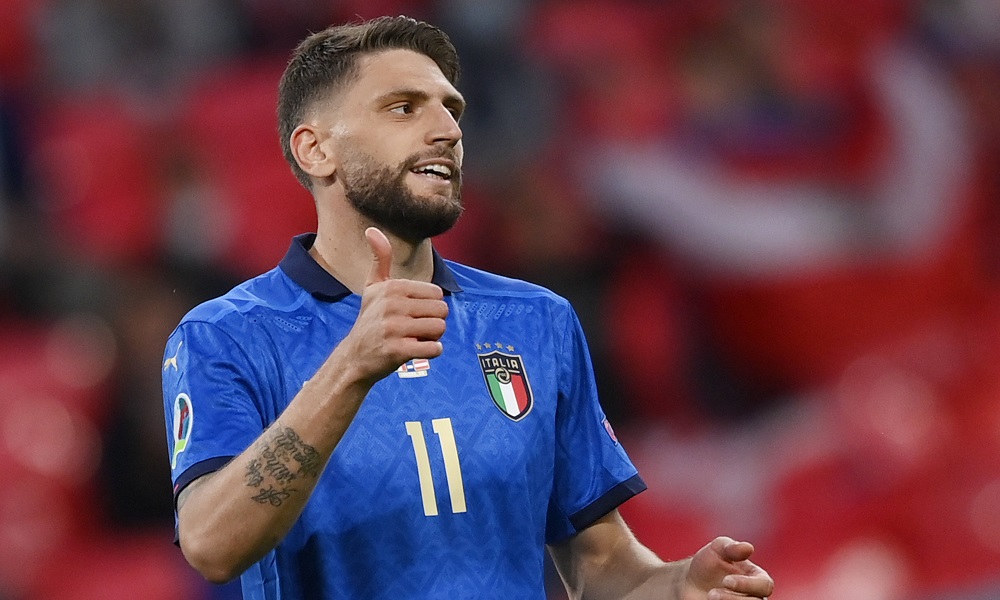 Liverpool are in the race to sign Domenico Berardi with Sassuolo ready to do business if £34m is put on the table this summer, according to reports via TeamTalk.

Jurgen Klopp has already snapped-up centre-back Ibrahima Konate from RB Leipzig and is on the hunt for another central midfielder to replace Gini Wijnaldum after he joined Paris Saint-Germain on a free transfer.

However, another attackers is also reportedly on the agenda at Anfield as Klopp wants to bring in a player who can help ease the load on the likes of Mohamed Salah, Sadio Mane, Diogo Jota and Roberto Firmino next season.

Berardi has emerged as a prime target with TeamTalk citing a report in the print version of La Gazzetta dello Sport that claims Liverpool are showing a keen interest in luring the forward to the Premier League this summer.

The 26-year-old has been with Sassuolo his entire career having come through the clubs youth system and he’s gone on to provide 105 goals and 67 assists in his 291 appearances since breaking into the first team in 2012.

However, Berardi is now reportedly looking for a new challenge with TeamTalk claiming that Sassuolo director Giovanni Carnevali has confirmed the player has asked to leave the club this summer.

It appears Sassuolo won’t stand in his way as La Gazzetta dello Sport, via TeamTalk, says the Serie A outfit have made it clear they’ll cash-in on the striker if an offer worth around £34m [€40m] is put on the table.

Liverpool may want to try and drive that valuation down given the player wants to leave but Sassuolo are under no pressure to lower their asking price as Berardi is under contract at the club until 2024.

Not only that, but the Reds will face stiff competition for his signature as the report says the likes of Leicester City, AC Milan and Lazio are also showing a keen interest in signing Berardi this summer.

Berardi is predominantly used as a right-sided attacker at Sassuolo but he’s comfortable playing across the front three so he’d give Klopp plenty of options in the final third if Liverpool manage to win the race for his signature.

We’ll have to wait and see how things develop over the coming weeks but nothing is expected to be finalised any time soon as the striker is currently away representing Italy at Euro 2020 where he’s helped them reach the quarter-finals.

We’ll have to wait and see how things develop over the coming weeks but nothing is expected to be finalised any time soon as the striker is currently away representing Italy at Euro 2020 where he’s helped them reach the quarter-finals.