Reports: Arsenal in talks to sign £260k-a-week star ahead of Man Utd & Tottenham 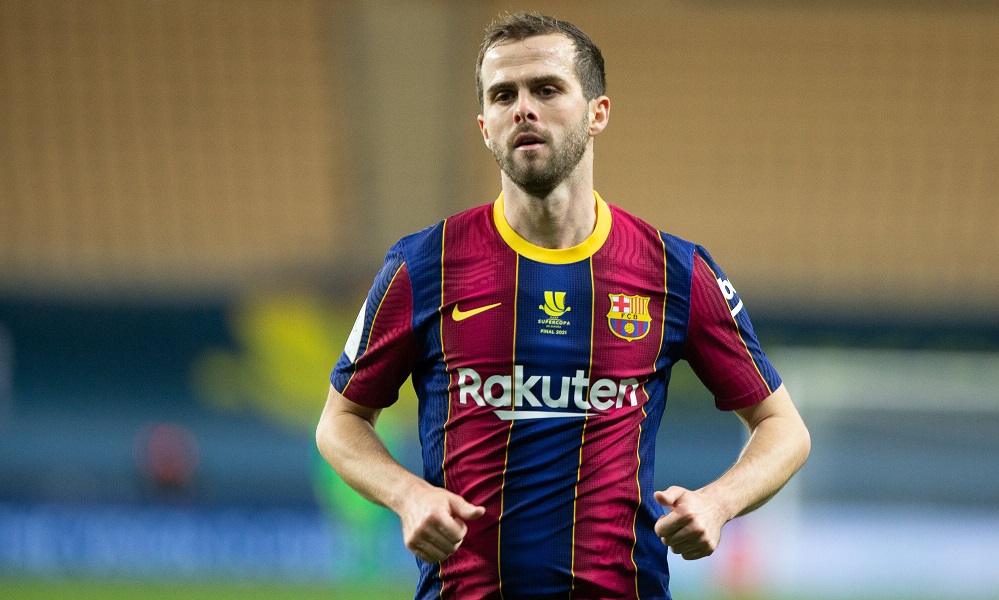 Arsenal are looking to beat Tottenham and Manchester United to the signing of Miralem Pjanic after opening talks over a potential free loan deal for the Barcelona midfielder, according to Sport via TeamTalk.

Pjanic made his name in Italy during a spell at Juventus where he earned a reputation as one of the best all-round midfielders in Serie A before joining Barca last summer as part of a deal that took Arthur Melo to Turin.

However, the Bosnian international’s time at the Nou Camp has turned into a nightmare as he’s struggled to hold down a first team place under Ronald Koeman and made just 6 La Liga starts last season.

Pjanic is now expected to find a new club this summer and TeamTalk says Tottenham and Manchester United are both trying to land the midfielder while Chelsea have also been credited with an interest.

New Spurs boss Nuno Espirito Santo is looking to revamp his squad and it appears he’s in the market for a new midfielder while Man Utd manager Ole Gunnar Solskjaer is also desperate to strengthen his ranks as he tries to build a squad capable of winning trophies next season.

The duo are seemingly hoping to lure Pjanic to the Premier League but Tottenham and Man Utd will face fresh competition as TeamTalk are citing the print version of Sport as reporting that Arsenal have now joined the chase for his signature.

The Spanish publication says Arsenal have opened talks with the 31-year-old’s agent and made it clear they’re willing to cover all of his wages as long as Barcelona agree there will be no loan fee involved in the deal.

Barca are desperate to offload Pjanic as they need to slash their wage bill and Sport says the Catalan giants are ready to accept any proposal to get Pjanic off their books, so Arsenal stand a good chance of getting a deal agreed.

According to Goal, Pjanic earns around £13.6m a season at Barcelona, which works out at roughly £260,000-a-week, so it would be a huge salary for them to offload and a big investment for Arsenal to take on.

The report says Pjanic would prefer to re-join Juventus but the Italians aren’t in a position to secure a deal any time soon and with the midfielder wanting to resolve his future as soon as possible, it appears a move to England is his best option.

Pjanic would add a lot of experience to a young Arsenal squad so he could be a decent short-term signing but the Gunners could yet face stiff competition from Tottenham and Man Utd for his signature.