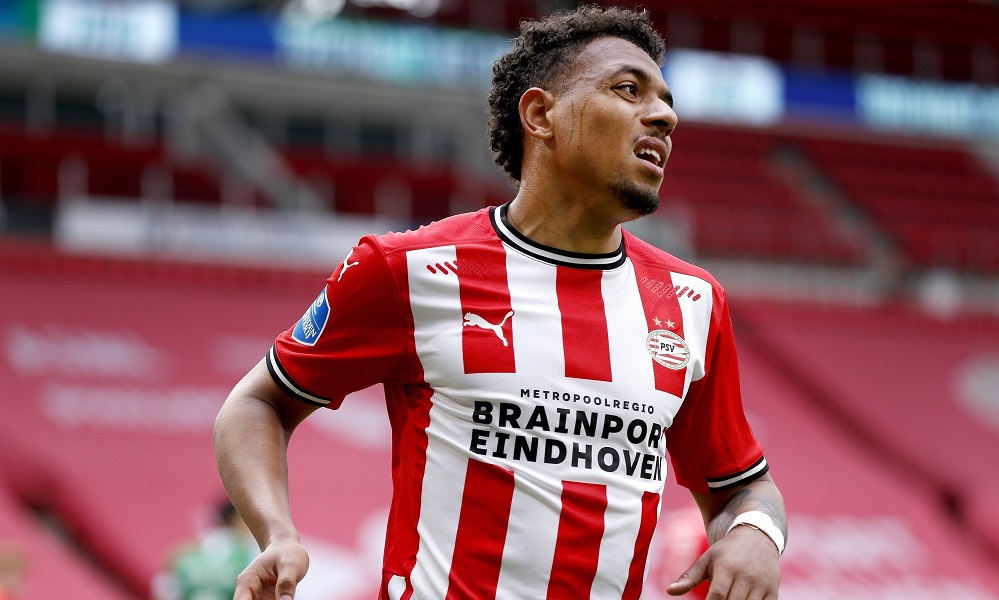 Liverpool are in talks with super agent Mino Raiola over a potential deal to sign PSV Eindhoven attacker Donyell Malen this summer, according to reports via TeamTalk.

Jurgen Klopp has already snapped-up defender Ibrahima Konate from RB Leipzig but the Reds boss is looking to further strengthen his squad as he aims to build a side capable of winning major trophies again next season.

Another forward appears to be on the agenda as the Liverpool boss wants to bring in a player who can help ease the load on the likes of Roberto Firmino, Mohamed Salah, Sadio Mane and Diogo Jota.

Malen has been strongly linked with a move to Anfield this summer and it looks like Klopp has now stepped-up his interest as TeamTalk are citing journalist Marco Timmer as saying Liverpool are in active talks over a deal.

Timmer – who works for Voetbal International – claims Malen has been given permission by PSV to hold negotiations with other clubs and Liverpool are in talks with his agent Mino Raiola – although they face competition from Borussia Dortmund.

The Dutch reporter says PSV boss Roger Schmidt doesn’t expect Malen to report back for pre-season training later this month as although there is nothing concrete agreed just yet, things can move quickly over the coming days.

Timmer is quoted as saying by TeamTalk:

“He (Roger Schmidt) doesn’t really expect Malen and Dumfries back,”

“On the other hand, I believe they have to report back on 19 July. There is not enough movement yet to say that there is already a transfer (but) we also know that things can go fast.

“I have spoken to some people within PSV who indicate there has been nobody concrete yet, not for Madueke. Not for Ihattaren, not for Dumfries, not for Malen yesterday.

“Yes, of course, there are negotiations going on, and with that, it can also be counted on the negotiations that in this case, Mino Raiola is conducting with Dortmund or Liverpool, for example, for Malen and Inter and Everton for Dumfries, so he has been given that space. They are allowed to talk to other clubs, and then, at some point, it can go fast.”

The report suggests that PSV are keen to have a deal agreed for Malen’s departure by the time they play their Champions League qualifier against Galatasaray on July 21 and the Metro claims they’ll do business at around £34m.

We’ll have to wait and see how things develop but Malen would be an exciting addition to Klopp’s squad if Liverpool could win the race for his signature as he’s developed into one of the hottest talents in Dutch football in recent years.

The 22-year-old provided 27 goals and 10 assists for PSV last season to earn a place in the Holland squad for Euro 2020 and he grabbed 2 assists in his 4 appearances, so he’d certainly bring an added threat in the final third if he ends up joining Liverpool.