Raphael Varane has been snapped posing in his new Manchester United kit after completing his £43m move from Real Madrid over the weekend. See the pics here 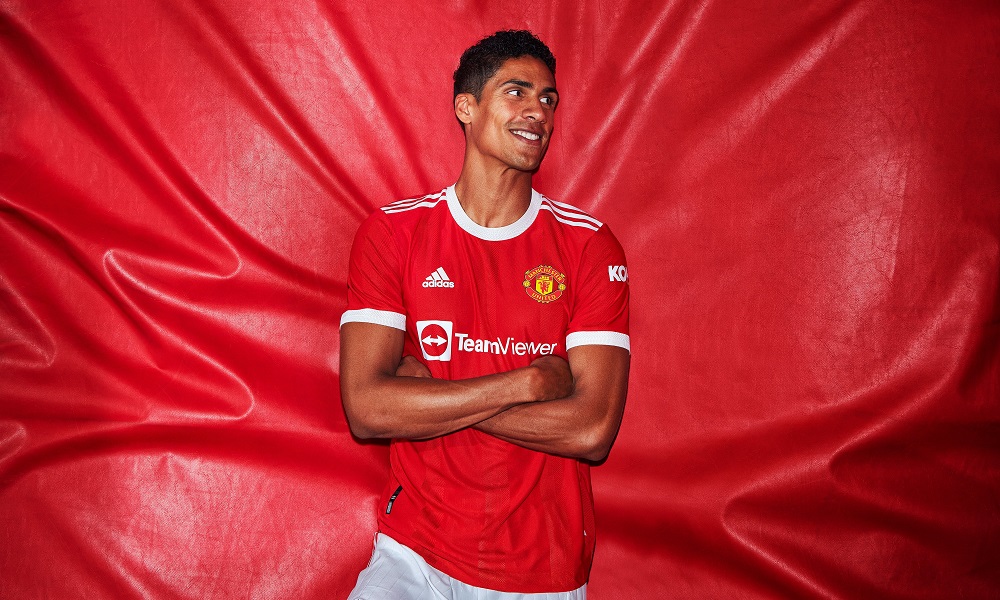 Raphael Varane has been snapped posing in his new Manchester United kit after completing his £43m move from Real Madrid over the weekend.

Ole Gunnar Solskjaer made signing a top class centre-back one of his priorities during the summer transfer window as he wanted a new partner for Harry Maguire due to on-going concerns over Victor Lindelof and Eric Bailly.

Varane soon emerged as the United bosses main target and after lengthy negotiations with Real Madrid, United announced at the end of July that a deal had been agreed between the two clubs.

The 28-year-old’s arrival was delayed due to visa issues and he also had to quarantine upon landing in the UK but the defender finally passed his medical at United’s Carrington training base last week.

Manchester United confirmed Varane had completed his move on Saturday and he was unveiled on the pitch in front of the fans before their 5-1 win over Leeds United at Old Trafford.

The BBC says United have paid Madrid an initial £34m for the French international with the fee rising to £43m including various add-ons and Varane has signed a four-year contract with the option to extend by a further year.

Now, the club have released a series of photos of Varane posing in his new Manchester United kit with the centre-back set to wear the No.19 shirt this season.

Varane should prove to be an excellent signing for United as he’s been one of the best central defenders in Europe over the past few years and will bring a winning mentality having helped Madrid win a number of trophies including 4 Champions League’s and 3 La Liga titles.

The former Lyon ace will be a big upgrade on Lindelof and Bailly so he should be an excellent partner for Maguire in the middle of the back four. Varane is United’s third major signing of the summer following the arrivals of Jadon Sancho and Tom Heaton.

Here are more snaps of Varane courtesy of ManUtd.com: 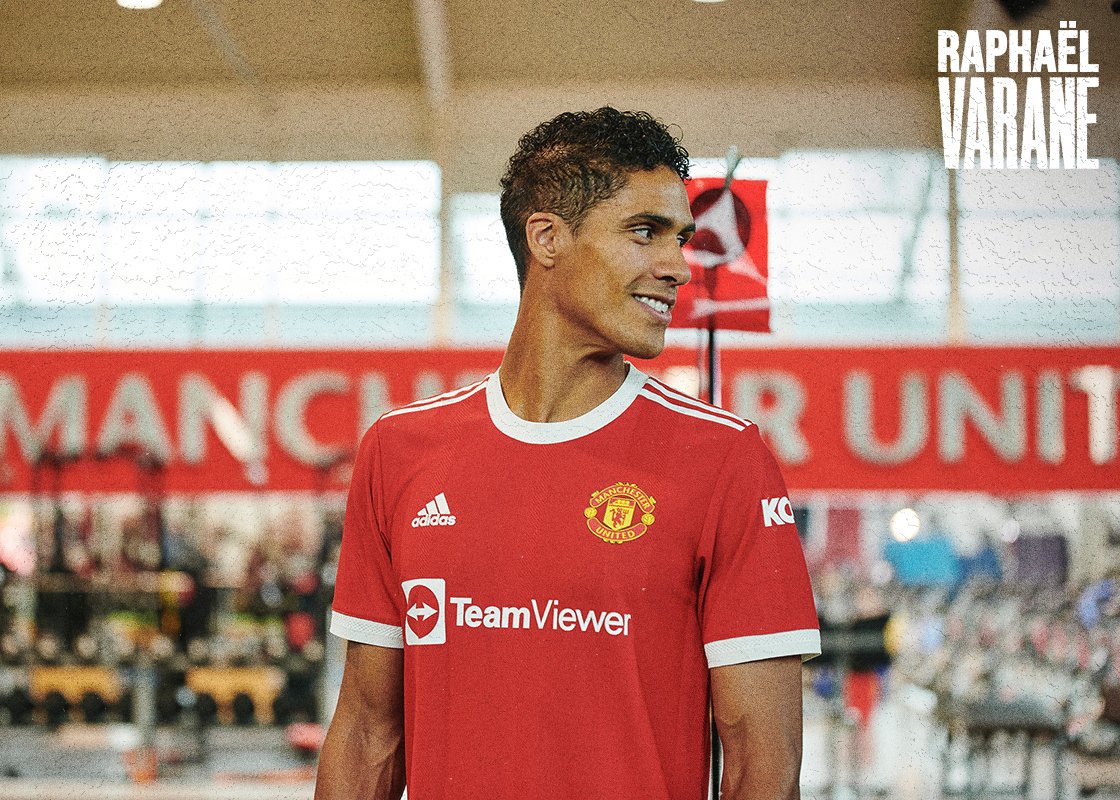 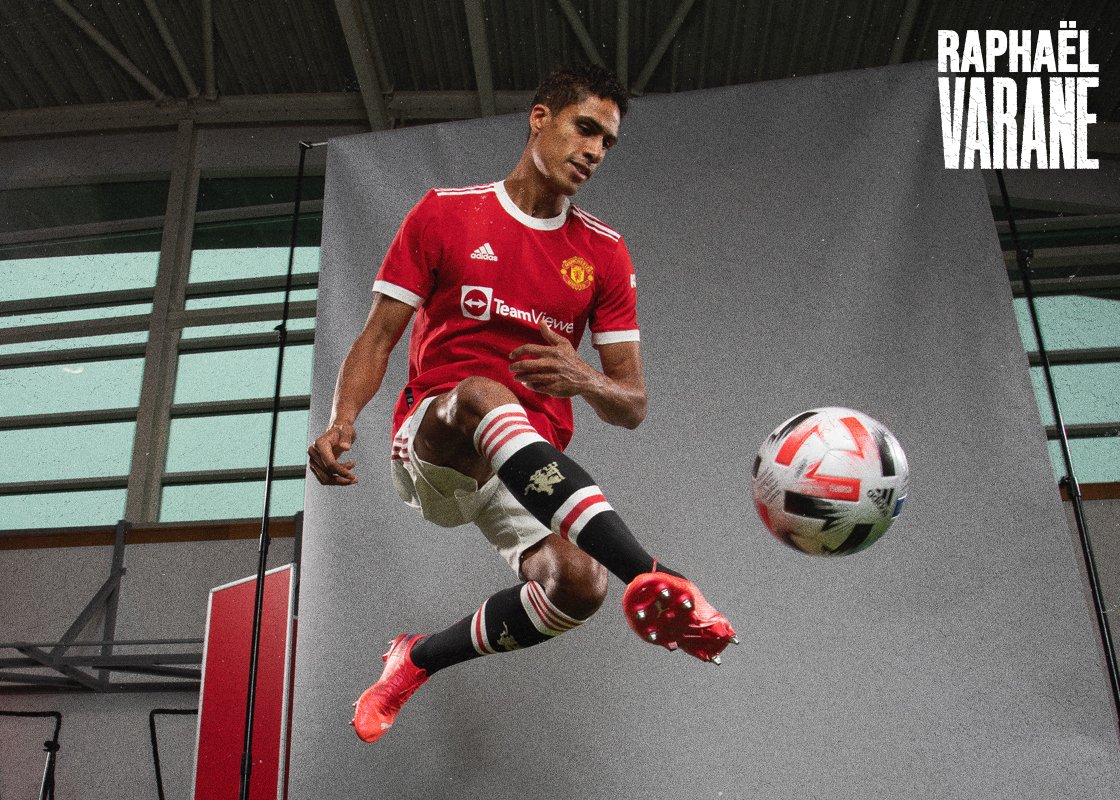 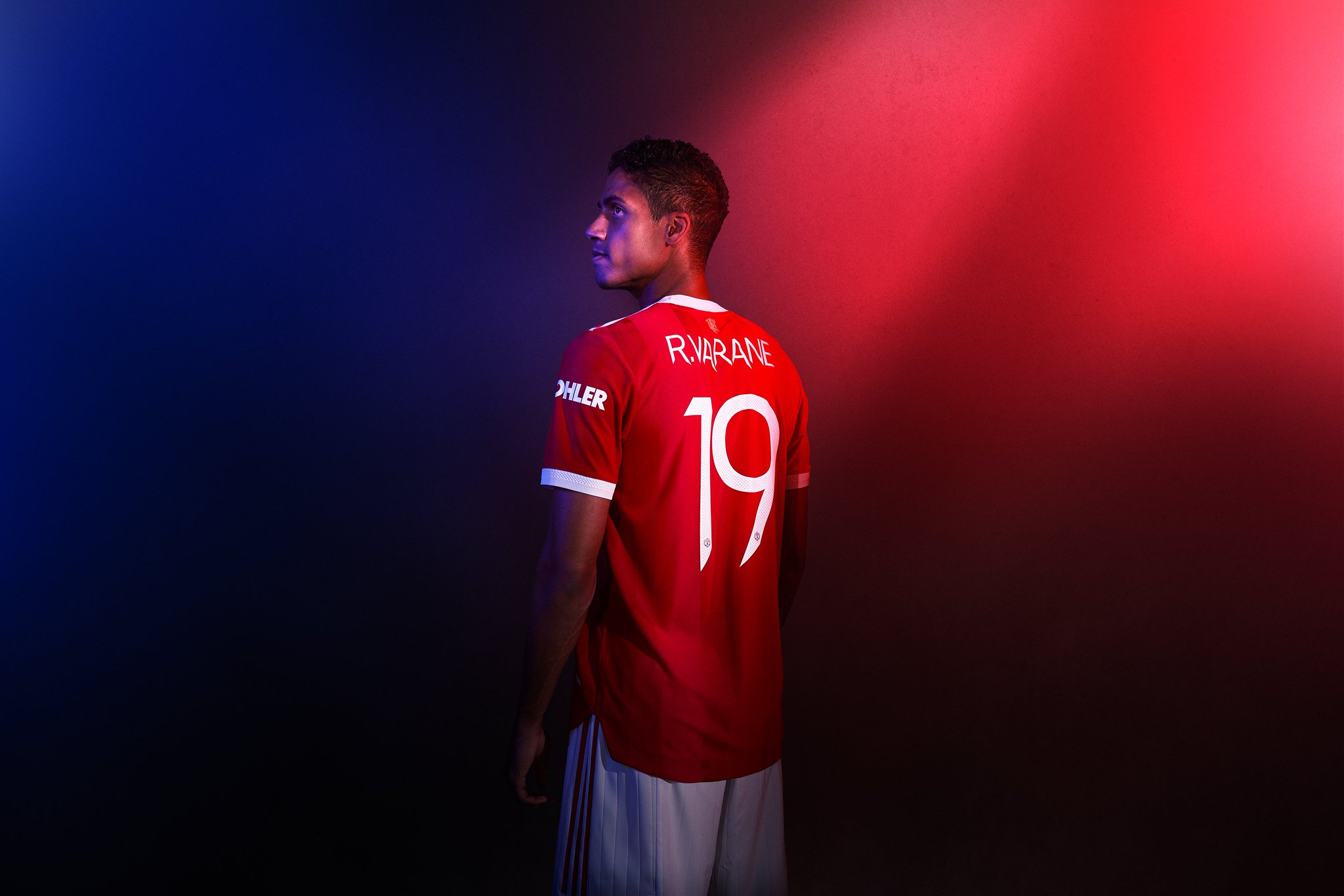 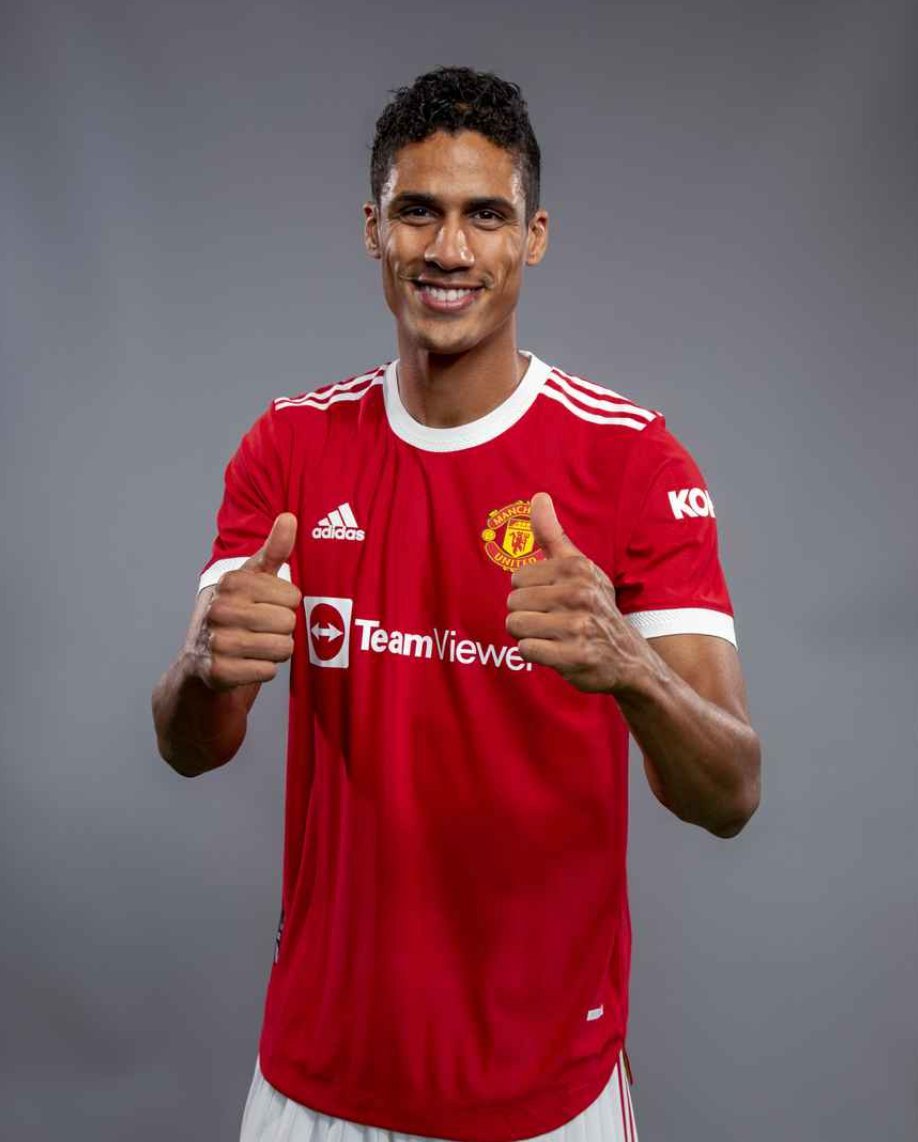 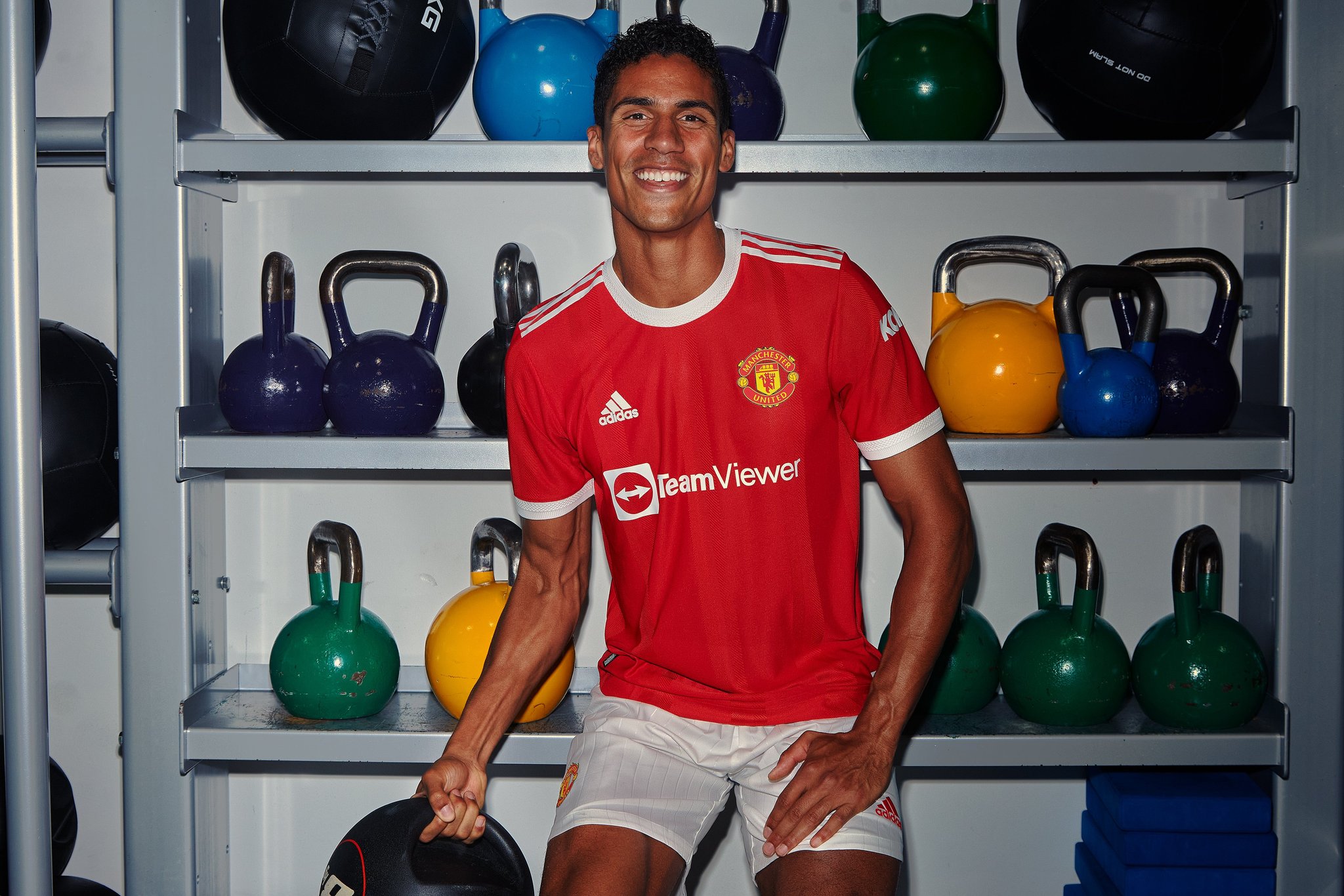