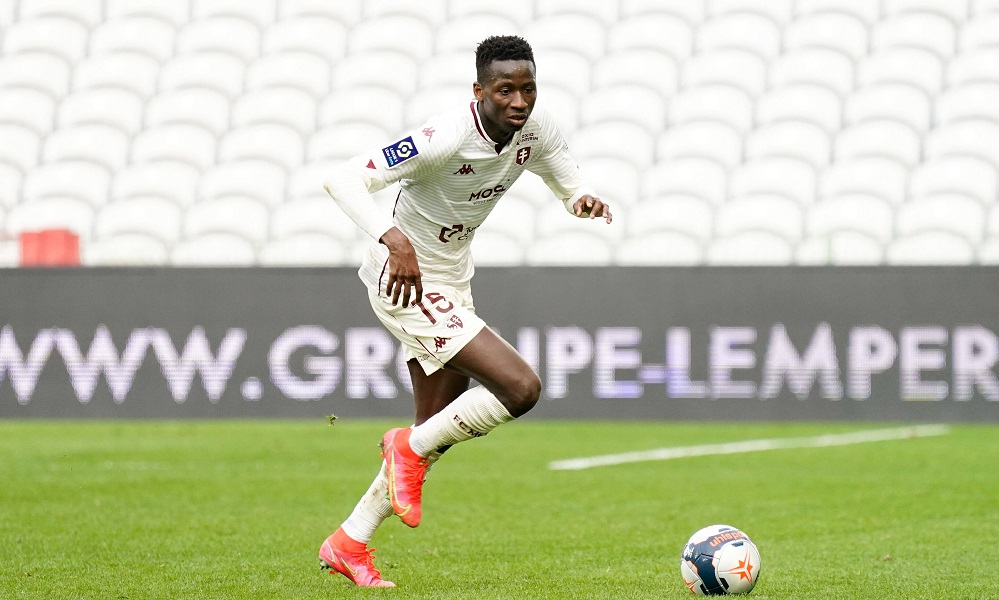 FC Metz president Bernard Serin flew into Stansted Airport today to hold transfer talks with Manchester United and Chelsea as the English duo battle to sign the £34m midfielder, according to reports.

Sarr only joined Metz last summer after coming through the ranks at Senegal academy Generation Foot but he impressed so much he broke straight into the first team set-up having played just once for the reserve team.

The youngster made 25 appearances in all competitions last season, scoring 4 goals, and has already been capped by the senior Senegal team having previously represented his country at U17 level.

The 18-year-old’s potential has caught the attention of a number of top clubs throughout Europe with several Premier League big-guns credited with an interest in the all-action midfielder.

According to the Daily Mail, Manchester United, Chelsea and Manchester City are all keen on signing Sarr as they see the teenager as having the talent to become a real star over the coming years.

The newspaper says the English trio are all wanting to sign Sarr this summer and hope to entice Metz into a deal by allowing the youngster to head straight back to the Ligue 1 club on loan for the coming season.

Solhekol went on to say that Real Madrid are also showing a keen interest in Sarr but Metz aren’t going to sell on the cheap and have slapped a £34m [€40m] asking price on his head.

It remains to be seen whether the likes of Man Utd, Chelsea or City will be prepared to pay that kind of money for the teenager but Sarr is tipped for a big future and would be an exciting long-term addition for whoever wins the race for his signature.

The youngster can play anywhere across the midfield positions but is best suited to playing in the middle of the park and is known for his powerful athletic style of play so it sounds like he’d be a good fit to succeed in the Premier League.