Liverpool get back to Premier League action when they welcome Crystal Palace to Anfield on Saturday. Here is the team we expect Jurgen Klopp to select 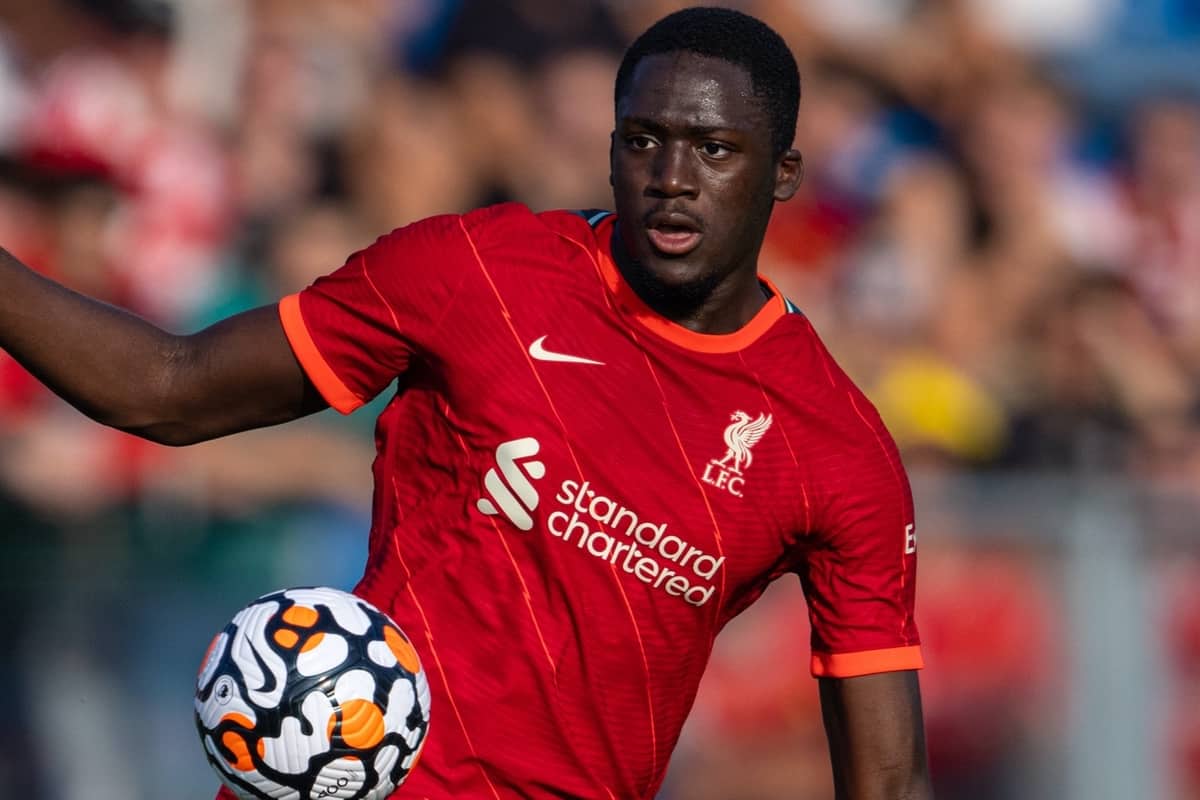 Liverpool get back to Premier League action this weekend when they welcome Crystal Palace to Anfield on Saturday. Here is the team we expect Jurgen Klopp to select for the game:

Goalkeeper: Alisson Becker will keep his place between the sticks so Caoimhín Kelleher is expected to remain on the bench for the Reds.

Defence: Klopp will have been disappointed to see his side concede twice during the 3-2 Champions League win over AC Milan on Wednesday night and he’s likely to freshen things up in defence this weekend.

Virgil van Dijk is set for a recall after being rested in midweek but it will be interesting to see who Klopp picks alongside the Dutchman. Joel Matip played in Liverpool’s first five games while Joe Gomez was given a run-out against Milan, however, Ibrahima Konate could be handed his full debut tomorrow as the 22-year-old looks to force his way into Klopp’s first team plans.

While there is plenty of competition in the middle of the back four, Klopp is expected to stick with his first choice full-backs with Andrew Robertson and Trent Alexander-Arnold starting once again.

Midfield: Liverpool have several options in midfield if Klopp wants to mix things up with the likes of Curtis Jones, James Milner and Alex Oxlade-Chamberlain all pushing for recalls but I think we’ll see just one change from the win over Milan.

Fabinho is expected to retain his place in the holding role while Jordan Henderson should keep his place after scoring a superb goal in midweek. Naby Keita started in the Champions League clash on Wednesday but Thiago Alcantara could be recalled in the middle of the park.

Harvey Elliott will obviously be unavailable as the youngster is facing a lengthy spell on the sidelines after dislocating his ankle against Leeds United last weekend.

Forward: Liverpool forward Roberto Firmino is still missing as he continues to recover from a thigh injury that he picked up before the international break so he won’t be involved against Palace.

Sadio Mane is expected to be recalled in attack after being named on the bench in midweek. Divock Origi was forced off with cramp against Milan so he’ll need to be assessed but the Belgian international is likely to drop out for Mane in any case.

Diogo Jota should keep his place in the Liverpool front three with Firmino out while Mohamed Salah is also likely to retain his place with Takumi Minamino remaining among the substitutes. 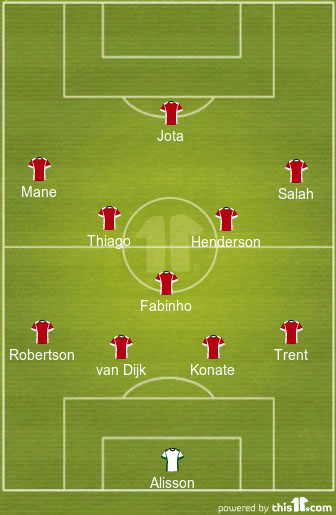