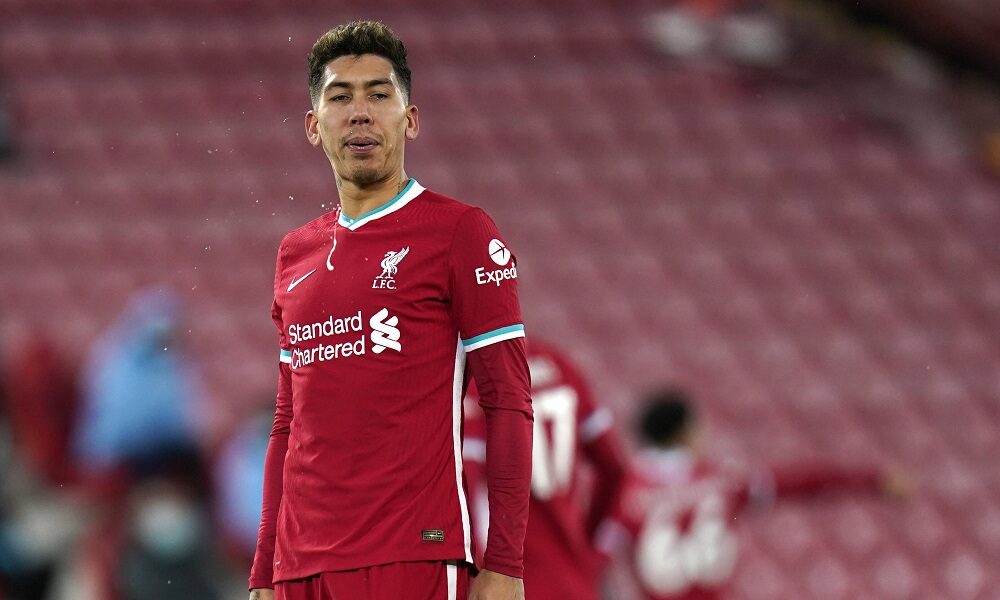 The Reds started the game with a high tempo, and scored in the 13th minute after Diogo Jota tapped home from an inch-perfect cross from Trent Alexander-Arnold.

The Reds were always in cruise control, and they were handed a significant advantage in the 36th minute after Felipe was sent off for a poor challenge on Mane.

The club could have quite easily won by four or five goals, but Mohamed Salah, Joel Matip and Jota all squandered clear-cut chances after the break.

It did not matter in the end with the victory at Anfield guaranteeing Liverpool top spot in their Champions League group with two more games left to play.

Speaking after the encounter, Klopp was obviously delighted with the overall performance after being pitted in a tricky group also including Porto and AC Milan.

However, he expressed his disappointment after Firmino picked up a hamstring injury. He came on as a half-time substitute, but was taken off in the 78th minute.

“If Bobby Firmino wouldn’t have gone off with a hamstring injury that would have been much better.”

“But from pretty much all other points of view, it was a good performance, it’s an incredible group stage so far.

“In November, we try to get through games pretty mature and still it didn’t work out – Bobby got injured and that’s not good.”

Firmino suffered a hamstring problem earlier this season. The Brazil international was out on the sidelines for four matches that the Reds handled comfortably.

Diogo Jota stepped up with standout performances during that period, and the Portuguese appears set to lead the line with the latest setback for the £36m star.

Firmino struggled for form and consistency last term, but his performances have drastically improved. He is just three goals shy from matching last season’s tally of nine.

He has done so while playing just 11 matches. The latest injury will come as a huge disappointment for the striker. Hopefully, the setback does not keep him out for long.

Jota has proved a fantastic deputy with five goals and two assists from 13 games. Klopp has had no qualms in playing him over Firmino when he has had to make a choice.

Jota will have fond memories of the fixture, having scored a late 85th-minute winner against the Hammers at Anfield last season.