United had Cristiano Ronaldo to thank once again as the Portuguese superstar netted a stoppage time equaliser to salvage a 2-2 draw with Atalanta in the group stages of the Champions League on Tuesday night. Ronaldo will now be aiming to gun down City – a team he was reportedly close to joining before moving back to United last summer.

The Reds currently sit fifth in the Premier League table following last weekend’s victory over Tottenham and a win tomorrow would see them move level on points with third-placed Manchester City so Ole Gunnar Solskjaer will be desperate to get one over their local rivals.

However, Man Utd will be up against a Man City side who’ll be intent on getting back to winning ways in the league following their shock 2-0 defeat at home to Crystal Palace last weekend. Aymeric Laporte’s sending off just before half time proved crucial in that game but Pep Guardiola won’t use that as an excuse and he’ll want to make a statement in the title race with a bounce-back victory at Old Trafford.

Manchester United will hand a late fitness test to Victor Lindelof after the Swedish international missed the draw with Atalanta due to a knock. Solskjaer is hopeful the centre-back will be fit to return this weekend.

Lindelof’s availability will be important for Man Utd as Raphael Varane will miss the Man City game after being ruled out for a month with a hamstring injury that forced him off in midweek.

Paul Pogba will also sit things out tomorrow as he’ll serve the second of his three-game suspension so Fred is set for a recall in midfield. Edinson Cavani is also pushing to start with Marcus Rashford possibly making way.

As for Man City, they’ll be without Laporte due to suspension after his dismissal last weekend. Ruben Dias will be recalled to line-up alongside John Stones in defence.

Kyle Walker will require a late fitness test on an ankle knock but is expected to be fit. Ferran Torres is certain to miss out with his own ankle complaint. 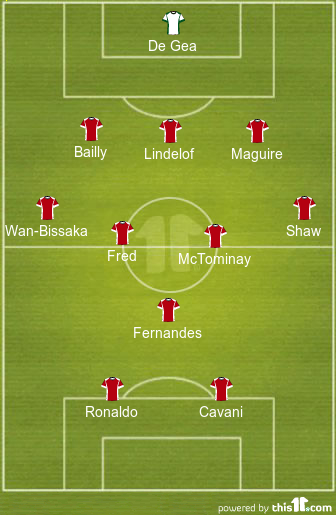 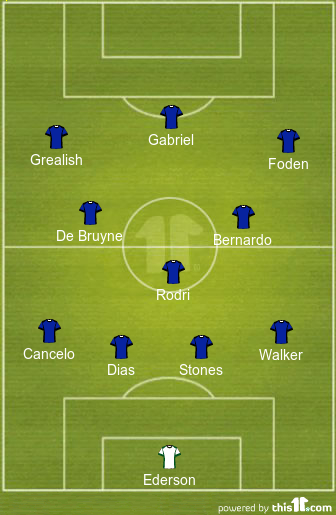 The game will be broadcast live on Sky Sports with subscribers able to watch on TV via their set-top boxes or stream the game live via the Sky Go app. Alternatively, fans can catch full match highlights on Sky Sports after 8pm or on Match of the Day on Saturday night.

Fans can also find dodgy streams online if they cannot wait to watch the highlights but obviously we cannot condone that sort of thing!

Man Utd 1-2 Man City: Manchester derbies are always exciting and anything can happen so it’s difficult to predict a result. United will be keen to build on their win over Tottenham and with Ronaldo in their side they’ll always be a huge threat going forward.

However, Varane will be a massive miss for Man Utd and City have an excellent recent record at Old Trafford so we’re backing the visitors to edge it tomorrow.