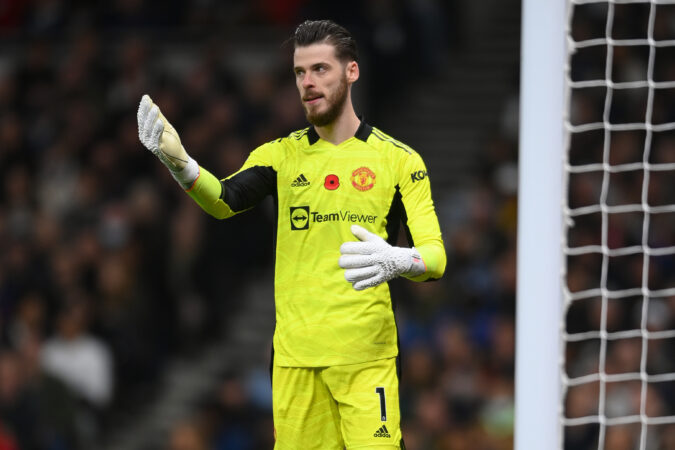 The Red Devils produced a poor showing in front of the home fans. They registered just one shot on target in the opening half through Cristiano Ronaldo.

The visitors were comfortable victors as they controlled the proceedings in the second half. United did not have a touch in the opposition box until stoppage time.

Bernardo Silva and an Eric Bailly own goal sealed three points for the Cityzens, but the margin of victory could have been bigger if not for De Gea’s heroics.

The Spaniard has looked the player of old this season. He has come up with numerous standout performances, and put in another top-notch display in the derby.

He made five saves on Saturday including a terrific reflex block to deny Gabriel Jesus in the box. He also prevented United from conceding a second own goal.

Speaking after the game, Solskjaer acknowledged that the 30-year-old kept United in the game. He added that the Cityzens were by far the better team in the derby.

He told Manutd.com: “David kept us in the game, some good stops and they scored a goal they always score. They played well and they don’t give you opportunities so some praise has to go to them but we were not at our level.”

De Gea had been inconsistent between the sticks in recent campaigns, and there was plenty of fan criticism towards him after the penalty shoot-out loss to Villarreal in the Europa League final.

The Spaniard failed to stop any of the 11 penalties before squandering his own. This led to suggestions that Dean Henderson could become the new number one, but that has not been the case.

The €18m-rated star came into the season with a point to prove, and has already earned plenty of plaudits. He will be hoping that he can reclaim the number one role with Spain through his United displays.