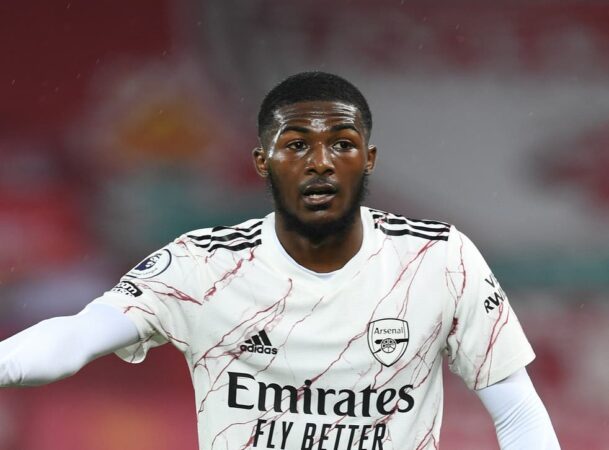 The England international has been a back-up player for the Gunners this term, but he started yesterday after Thomas Partey was ruled out with a tight groin.

Maitland-Niles produced an assured performance in the centre of the park with five tackles, two interceptions while winning seven of his eight ground duels attempted.

On the contrary, it was a mixed performance for Albert Sambi Lokonga. The Belgian registered just one tackle and interception and lost possession in defensive positions.

Following the game, Mikel Arteta was full of praise for the club graduate. The Spaniard feels the 24-year-old has become a different player with his decision-making.

He said: “First of all, I see a different player in terms of his urgency, his commitment, the clarity in his play, his purpose.”

“Since we made the decision, it was clear what I was seeing that I wanted him to stay, because he was going to be useful.”

Maitland-Niles was keen on joining Everton on a season-long loan this summer, but Arteta was quite clear that he was not leaving the club before the transfer deadline.

The midfielder voiced his frustration on Instagram, and it was initially suggested that he could be dropped to the Under 23s for going public with his situation.

It has not been the case. Maitland-Niles started a couple of league games after the September international break and he has since featured in the Carabao Cup.

Yesterday’s selection was a surprise after Partey’s untimely setback. The midfielder has made a strong case to start ahead of Lokonga when the Gunners return to action.

Partey could be fit when the Gunners face Liverpool on November 20. Having lost the first three games, they have made a tremendous comeback with six wins and two draws.

However, the Reds could present a difficult challenge on the road. The Gunners previously picked up a point at Anfield in 2016. They have not won there since 2012.