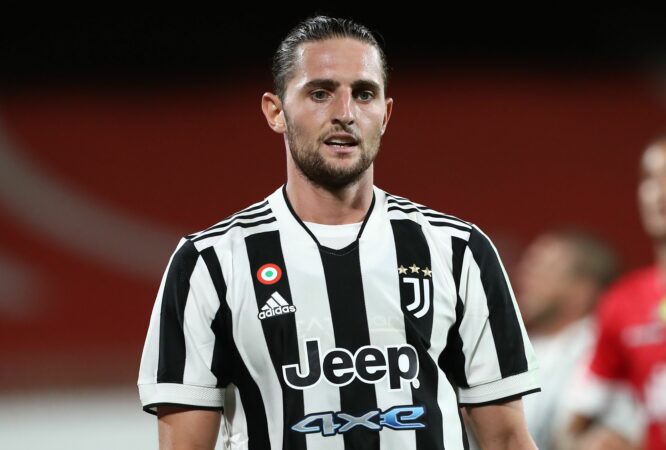 Chelsea are seriously interested in signing Juventus midfielder Adrien Rabiot during the winter transfer window, according to Calciomercato.it.

The Blues currently have adequate midfield options, but there are suggestions that Saul Niguez could head for the exit door at the turn of the year.

The Spaniard joined the club on loan from Atletico Madrid last summer with a big reputation, but he has yet to make any mark on the proceedings.

Saul had a Premier League debut to forget against Aston Villa in September. He has since made just one league appearance off the substitutes’ bench.

In this time, Jorginho, N’Golo Kante and Mateo Kovacic have been the preferred midfield picks while Ruben Loftus-Cheek has also earned minutes.

It is now reported that the Blues are eager to secure the services of Rabiot in the next transfer window.

The club are keen on terminating Saul’s loan deal in January. They have a serious interest in Rabiot, who does not appear in the future plans of the Bianconeri.

Massimiliano Allegri has personally criticised his performances recently. The Turin giants are open to parting ways with the 23-cap France international.

Newcastle United have also been linked with his services, but they appear likely to miss out due to the recent appointment of Eddie Howe to the dug-out.

The Blues have the choice of recalling Billy Gilmour from Norwich City this winter, but he may continue with the Canaries after the change of management.

There is still an array of central midfielders in the club’s ranks, but manager Thomas Tuchel will want to rotate his options with the club active in all competitions.

N’Golo Kante’s fitness has been a concern over the past couple of years. The Frenchman has been sidelined with minor niggles. Tuchel may want a quality competitor.

Rabiot would be an ideal signing to occupy the defensive midfield role. The 26-year-old is a ball-playing midfielder, who is strong with his tackling and interceptions.

He has also shown the ability to hold up play and control possession in the centre of the park. The Blues could have the upper hand over Newcastle in the player’s pursuit.

The Magpies are now the richest club in the world after their takeover by a Saudi-led consortium, but they are currently languishing in the 19th position in the league.

They were unable to lure a world-class manager to their ranks. Howe showed promise at Bournemouth, but may struggle to convince Rabiot without the high-profile pedigree.