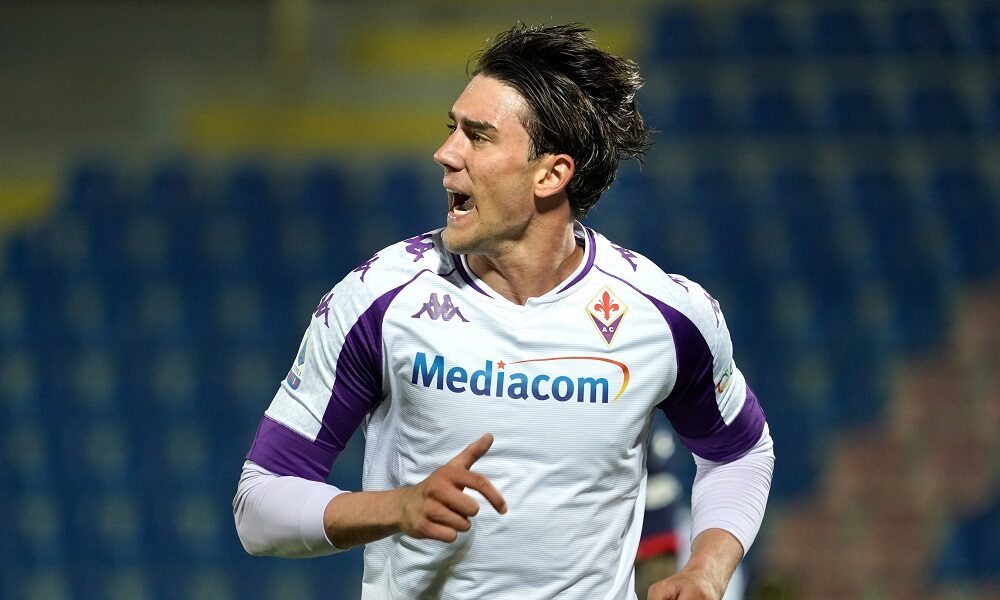 Manchester United have entered the race to sign Fiorentina striker Dusan Vlahovic ahead of the upcoming transfer window, The Mail reports.

The Red Devils have had an underwhelming start to the campaign, and they are currently 12 points adrift of the top of the Premier League standings.

Meanwhile, they are already six points behind the Champions League places, and they could be tempted to pursue new signings at the turn of the year.

It is now reported that the club are keeping a close eye on the progress of Vlahovic, who has bagged 12 goals and two assists from just 14 games in Italy.

The Serbian has snubbed a new contract at Fiorentina beyond June 2023, and the club are open to sanctioning his departure at the earliest opportunity.

Aside from United, Tottenham Hotspur, Newcastle United, AC Milan and Juventus are monitoring the markmsan, who is valued at £70 million.

United’s main concern this term has been their midfield and defensive performances. They are still lacking the presence of a world-class defensive midfielder.

Harry Maguire has also been far from his best in central defence, and he recently got himself sent off in the humiliating 4-1 defeat at the hands of Watford.

Hence, a new holding midfielder and centre-back should be the main focus of attention for the club, but it won’t be a surprise if they grab the chance to sign Vlahovic.

At 21, he is one of the hottest properties in European football. The striker has netted a stunning 31 goals in Serie A since the start of the previous campaign.

Despite being 1.9m in height, Vlahovic has all-round attributes and does not only rely on his aerial presence. He has been swift in launching counter-attacks for La Viola.

The Red Devils have played with a front two on occasions this term, and it could be a possibility in the future with Vlahovic lining up alongside Cristiano Ronaldo.

He could be an ideal signing for interim boss Ralf Rangnick, who has a good track record of developing young players. The German will act as a club consultant after the stint.